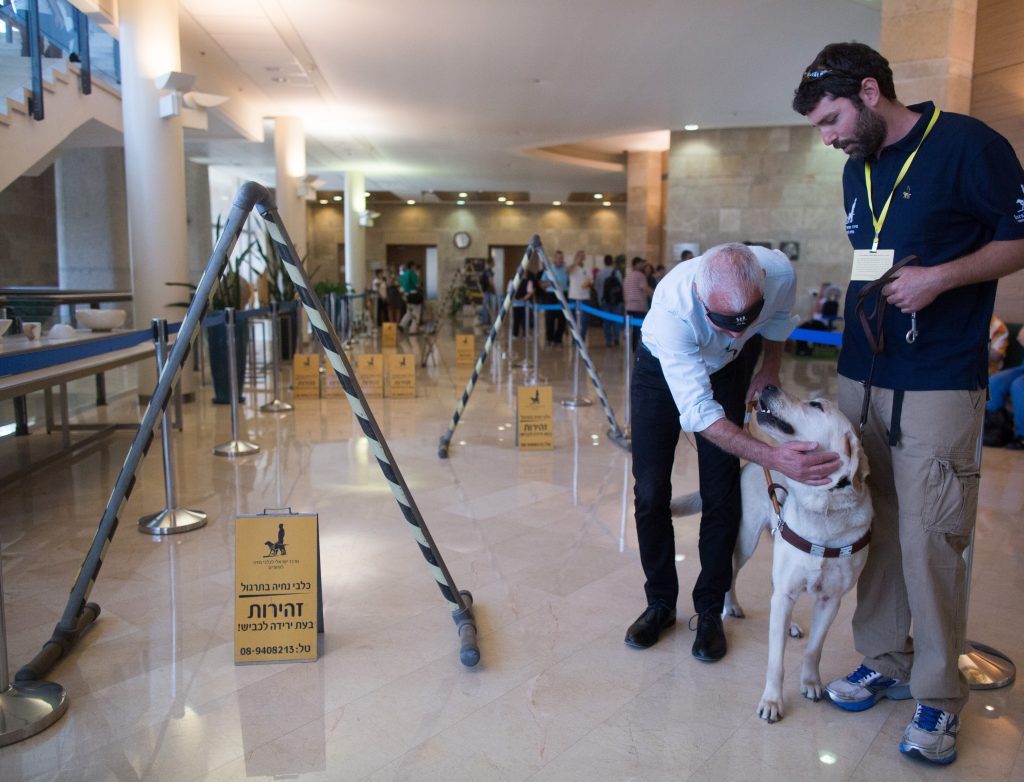 The law has long recognized the right of blind people to bring their seeing-eye dogs anywhere needed – but now, businesses and other public spaces who violate that law can be subject to a fine of NIS 150,000 ($40,000).

The law was passed this week in honor of a day to honor the blind that was held in the Knesset. The law was proposed by MKs Miki Rosenthal (Zionist Camp) and Ilan Galeon (Meretz), and was approved unanimously.

In addition, the Knesset voted into law a bill that would allow blind people to bring their seeing-eye dogs into any venue or building, even when they are puppies. The bill was voted into law after approval by the Knesset Welfare Committee. Businesses or institutions that prevent the entry of puppies into their establishments are subject to fines of NIS 14,000 ($3,650).

In addition, the law allows for the formation of class action suits against businesses or institutions that institute policies to ban such dogs, even if no one had actually been banned and no individual had been harmed. The Justice Ministry objected to this section of the law, and requested that this part of the law be removed from the protocol before the vote. The request was rejected.