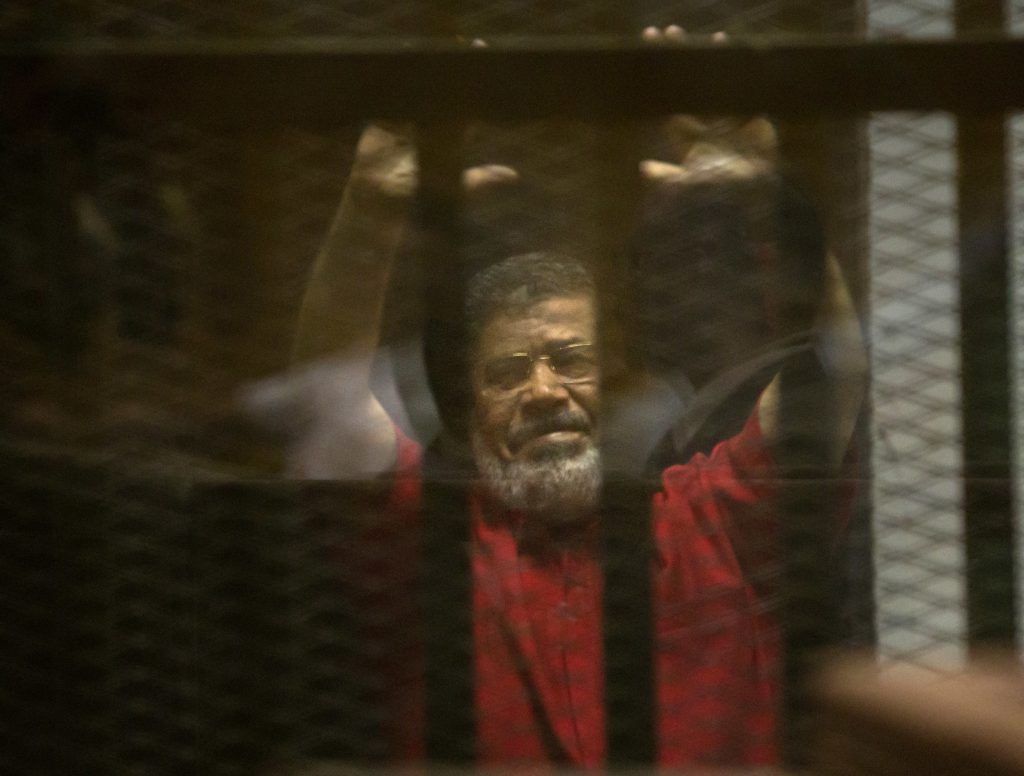 Egypt’s deposed President Mohammed Morsi was sentenced Saturday to 40 years in prison for leaking secret state documents to Qatar when he was in office.

Two former aides to Morsi were sentenced to 25 years.

The six, convicted of espionage, included three journalists, who were tried in absentia. Two of the three are employees of the Qatari network Al-Jazeera.

Confirmation of the death verdicts came after the country’s chief Islamic legal authority, the grand mufti, approved them, as required by Egyptian law in cases involving death sentences.

The rulings against Morsi and all other defendants can be appealed.

Qatar was a key ally of Morsi’s now-banned Muslim Brotherhood.

“While this outcome is appalling, it is sadly not surprising,” said Magdalena Mughrabi-Talhami, the group’s deputy director of the Middle East and North Africa. “Egypt’s broken and utterly corrupted justice system is now little more than a handy tool for the authorities’ repression of any vestiges of opposition or criticism,” she said in a statement.

The Egyptian government has repeatedly rejected criticism of heavy-handed sentences against Islamists, saying that the country’s courts operate independently.

Morsi, Egypt’s first democratically elected president, was overthrown by the military in 2013.

In June 2015, another court sentenced him to death after convicting him of involvement in a prison escape during Egypt’s 2011 uprising. That sentence is subject to appeal.