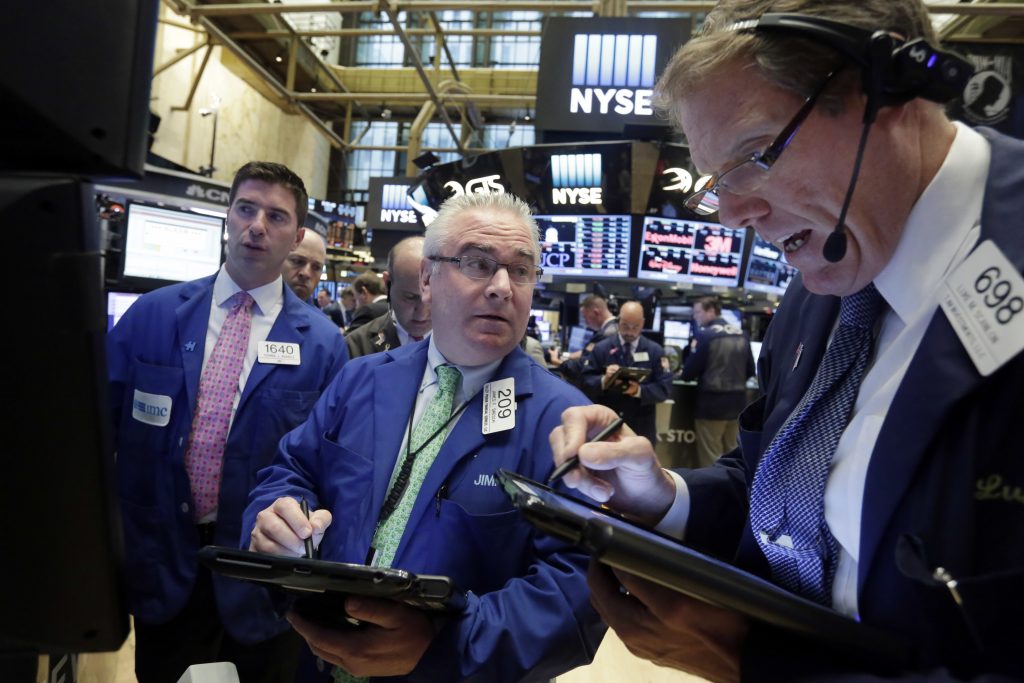 Stocks were mostly lower for a sixth day Thursday as investors continued to brace for next week’s vote on whether Britain would remain a member of the European Union. Japanese stocks plunged 3 percent after the Bank of Japan decided not to increase its economic stimulus efforts.

Stocks are on pace for their first six-day slide since last August, when investors worried that China’s economic growth was sputtering.

BANK OF JAPAN: Japan’s central bank once again voted not to further ease monetary policy to help the country’s faltering recovery. The Bank of Japan is pumping about 80 trillion yen ($769 billion) into the country’s economy each year with purchases of Japanese government bonds and other assets.

The yen jumped nearly 2 percent against the U.S. dollar, reaching its highest level in two years. Japanese officials have said they may intervene in currency markets if the yen appreciates too much. Japan’s economy is heavily reliant on exports, which are hurt when the yen rises sharply in value against other currencies.

IN GOOD HEALTH: Drugmaker giant Merck rose $1.27, or 2 percent, to $57.35 after the company said it had positive results in a medical study for its cancer drug Keytruda, which could result in higher sales of the drug.

SHOULD THEY STAY? Investors are bracing for a tight race in the British vote on June 23 on whether to leave the EU. The Bank of England, which kept its rates on hold as well on Thursday, said a vote to leave would likely result in the pound dropping sharply. It would also hurt spending and investment.

“This is going to be a big event. Up until a few weeks ago, the markets were pricing in a probability of the U.K. leaving the EU at around 20 percent. Now the chance is roughly 42 percent,” said Richard Turnill, BlackRock’s global chief investment strategist. “We are going to see significant volatility ahead of the U.K. referendum.”

SAFETY IS KEY: Investors continued to buy up investments considered safe in times of economic uncertainty: U.S. government bonds, gold and stocks that have high dividends like utilities. The yield on the benchmark 10-year U.S. Treasury note dropped to 1.56 percent from 1.57 percent the day before. The price of gold rose 1 percent to $1,298.40 an ounce.

Energy stocks fell along with the price of oil. Transocean, Marathon Oil, and Murphy Oil, all drilling or oil exploration companies, were down roughly 4 percent.