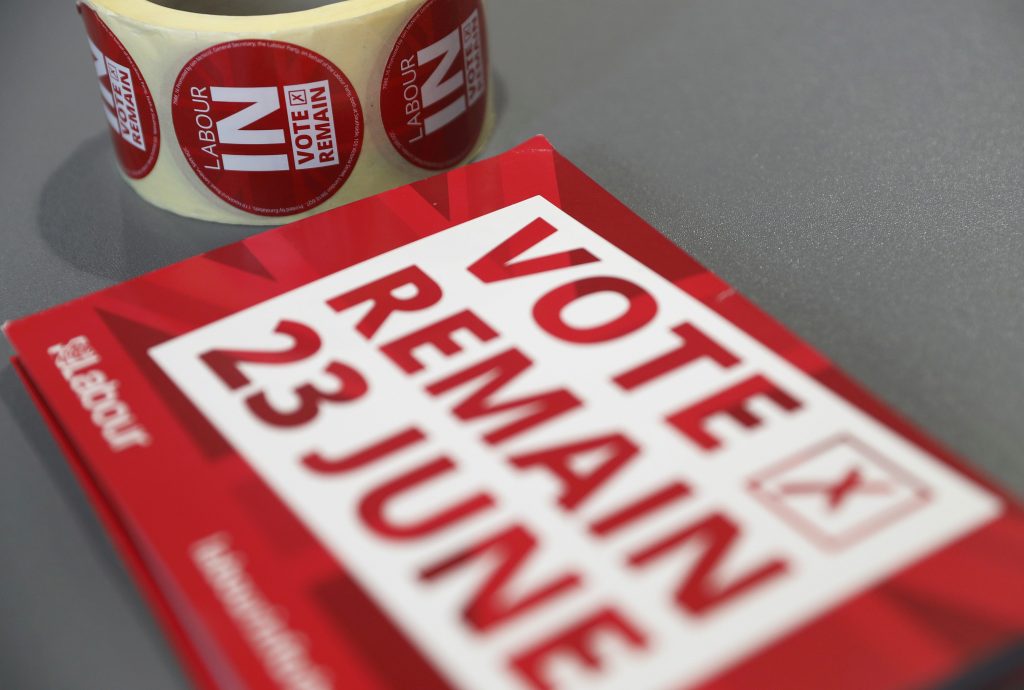 British support for leaving the European Union in a June 23 referendum has risen to 53 percent, a telephone poll showed on Thursday, the highest level of support recorded by the pollster for the “Leave” campaign in more than three years.

The survey by Ipsos MORI of 1,257 adults across Britain from June 11-14 showed 51 percent of all voters wanted to leave the bloc and 49 percent wanted to stay. But, when filtered for those likely to vote, the poll showed 53 percent would vote to leave and 47 to remain.

“With a week to go, Leave [voters] have outgunned Remain with a series of arguments on immigration and money that are often believed despite being flatly denied by the other side,” Chief Executive Ben Page told Reuters.

“Polls don’t predict but pollsters sometimes do: personally I think that as in Scotland the status quo may triumph at the last minute. But it looks very close,” Page said.

It is the first time that the Out campaign has come out ahead in the monthly Ipsos MORI survey since Prime Minister David Cameron pledged in 2013 to hold a referendum, the pollster said.

It also marks a major turnaround since a May poll by Ipsos MORI, which found 37 percent wanted to leave against 55 percent who wanted to stay. When weighted for those likely to vote and excluding undecideds, the breakdown then was 60 percent for In and 40 percent for out, a spokeswoman for Ipsos MORI said. The latest June figures were also filtered by those actually registered to vote, and weighted according to a voter’s educational background, Ipsos MORI said.

A vote to end Britain’s 43-year-old EU membership would spook investors by undermining post-World War II attempts at European integration and placing a question mark over the future of the United Kingdom and its $2.9 trillion economy.

Such is the concern over a Brexit that the Federal Reserve cited it as a reason it delayed an interest rate rise this week. Sterling has also fallen, British government bond yields have been pushed to record lows and billions of dollars have been wiped off global stocks.

It underscored mistrust of politicians on both sides of the campaign but especially strong scepticism toward the assertions made by Cameron and Finance Minister George Osborne, the Evening Standard said.

Osborne, who has warned of an emergency austerity budget if Britain votes to leave, was due to speak about the risks of quitting the 28-nation EU in a speech on Thursday night.

Just 17 percent of people believed Osborne’s statement that households would lose £4,300 ($6,079) and be permanently poorer after a Brexit. Some 70 percent consider it a falsehood, according to the Evening Standard.

Almost half believe leading Out campaigner Boris Johnson is telling the truth when he says that Britain sends £350 million a week to the EU – even though it has been criticized as misleading by pro-Remain lawmakers and by independent experts.

Page said the Out campaign had made immigration the main argument of the campaign over the past month, eclipsing the In campaign’s warnings over the economic consequences of a Brexit which supporters of membership see as their best argument.

“Immigration has become the argument, with the economy, Remain’s strongest card, becoming less relevant in the last month. Twenty percent of voters may change their minds, giving hope to both sides, although often undecideds (traditionally) don’t bother to vote.”

Pro-Remain campaigners, including ex-prime ministers Tony Blair and John Major, have warned that an exit may also trigger the break-up of the United Kingdom by prompting another Scottish independence vote if England effectively pulled Scotland out of the EU. Scots are seen as strongly pro-EU.

Members of Britain’s Out campaign say such warnings are overblown and that Britain would prosper if it broke free from what they say is a doomed German-dominated bloc that punches way below its weight beside rivals such as Russian President Vladimir Putin.

Despite a series of forecasts that the euro zone would collapse during the Greek debt crisis, it has endured.