National U.S. to Re-Examine Its Troop-Reduction Plan in Afghanistan
National 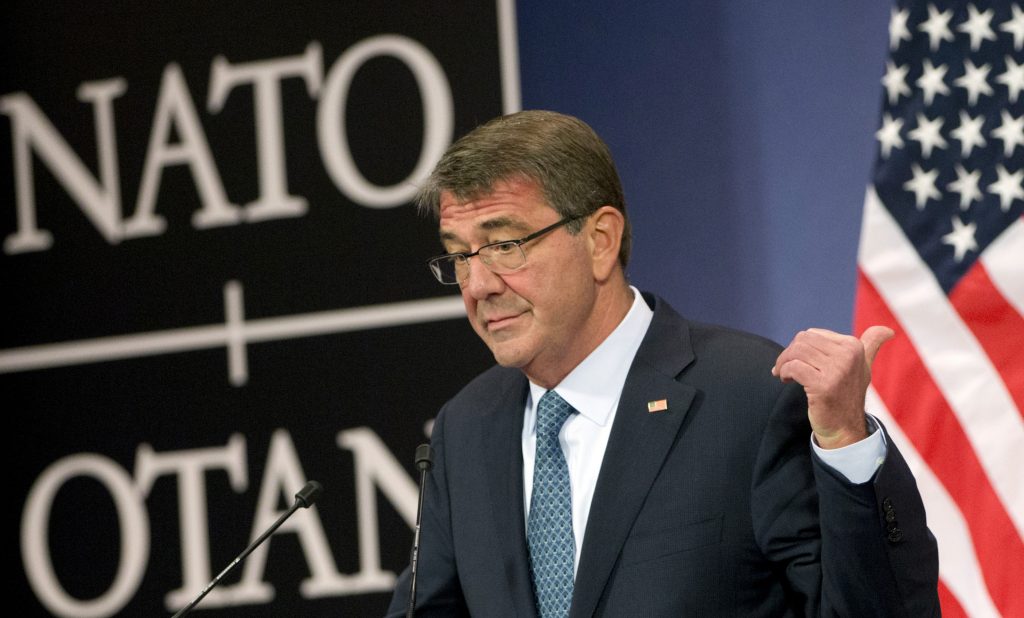 U.S. Defense Secretary Ash Carter has told NATO allies that the U.S. will take another look at its plan to withdraw thousands of American troops from Afghanistan by the end of the year, a British official said.

British Defense Secretary Michael Fallon said, “Carter told us the troop numbers and the dispositions are being looked at again.”

The current U.S. plan is to reduce the number of troops from 9,800 to 5,500 by the end of 2016. But Carter told reporters that President Barack Obama has indicated his willingness to re-examine force levels based on the intensified fight against the Taliban, and Carter expects Obama will do that as the year goes on.

Carters’ comments came as NATO allies agreed to extend the Afghanistan training mission and keep troops in all four sections of the country in 2017.

NATO Secretary-General Jens Stoltenberg said the allies “will have what we call a flexible regional approach, meaning that we will continue to be of course in Kabul but also out in the different regions.”

The alliance also is “now working on the final decisions for our exact force numbers into 2017. So that’s something we will decide later on this year,” Stoltenberg said.

The U.S. troop-cutting plan is facing renewed scrutiny in light of the Taliban’s resurgence. Former U.S. commanders have urged Obama to keep 9,800 troops in Afghanistan into next year.

NATO’s decision to maintain a regional presence essentially shelves earlier plans to consolidate forces in and around Kabul, the national capital, next year. NATO will retain its hub-and-spoke system, which has headquarters in Kabul and Bagram, German troops working with Afghan forces in the north, Italian troops doing the same in west, and U.S. forces in the southern region around Kandahar and in the east in Jalalabad.

A senior NATO diplomat said officials believe NATO will get commitments for the $5 billion needed to fund the current number of Afghan security forces through 2020. The diplomat was not authorized to discuss the matter publicly and spoke on condition of anonymity.

Asked about the plans, Fallon told reporters, “Nobody wants to see all the spokes collapse. I think we’re all aware of the fragility of the Afghan forces. They’re fighting hard, but taking very heavy casualties.”

He also said that Britain will maintain its funding of the Afghan advisory mission at nearly $100 million a year through 2020.

The moves cement NATO’s commitment to the training and advising mission in Afghanistan as the conflict drags on and follow on Obama’s announcement of expanded U.S. military authority to support the Afghan forces in the air and on the ground.

The U.S. is now able to conduct airstrikes against the Taliban when needed in critical operations, and American troops can accompany and advise Afghan conventional forces on the ground, much like they have done with Afghan commandos.

Afghan forces are struggling against a stubborn Taliban, which have made gains this year, particularly in the south. Islamic State terrorists also have tried to gain a foothold in the country.

While there have been no changes yet to the decision on reducing troop levels, Obama has shown a willingness in the past to adjust troops cuts when conditions on the ground call for it. As the fighting season rages on, now is an assessment period, the diplomat said, adding that keeping the four regions open will provide greater flexibility in future decisions.

The diplomat said it will be possible to continue working with the Afghans in Kabul and all four regions with the lower U.S. troop levels.

So far, the diplomat said that the U.S. has not asked other allies to increase their troop commitments to make up for the U.S. reduction.