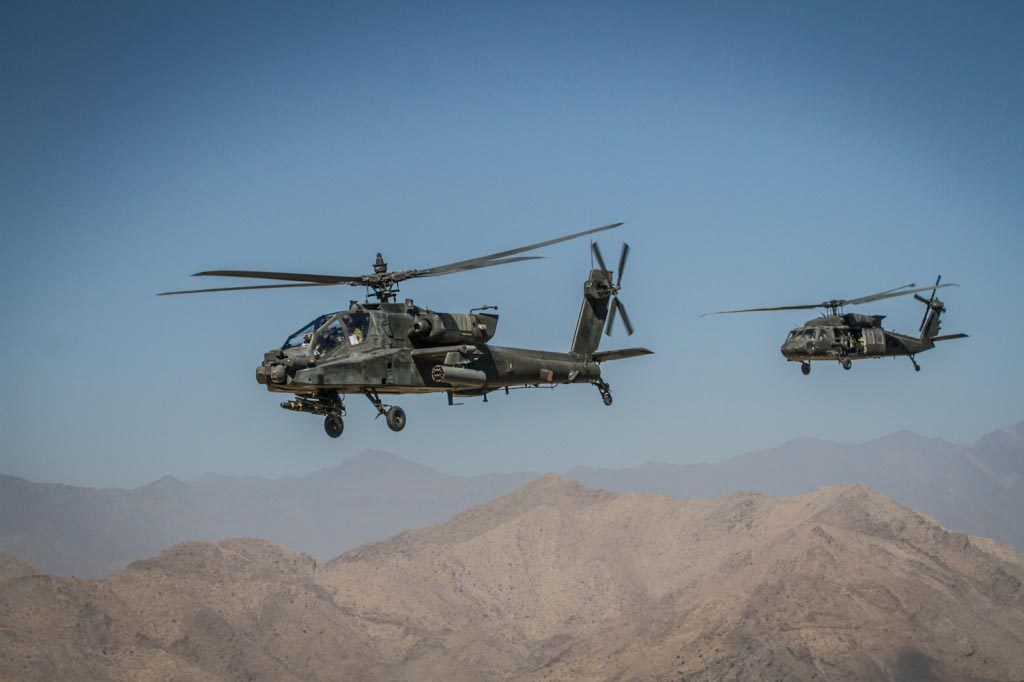 As Iraqi forces backed by U.S. support engage the Islamic State across multiple battlefronts in Iraq, Defense Secretary Ashton B. Carter announced Monday that American Apache helicopter gunships had been used in combat for the first time since President Obama authorized their use in April.

Speaking to reporters during a flight to a meeting of NATO ministers in Brussels, Carter declined to go into details about the operation but said the Monday strikes were in support of Iraqi forces battling the Islamic State outside Mosul.

Several Apaches were involved in the attack, but only one fired, striking a vehicle, according to a senior defense official speaking on the condition of anonymity to discuss current operations. The AH-64 Apache is an Army helicopter and often flies in pairs.

The use of the Apaches comes as Iraqi forces are making modest gains into Fallujah, one of the first major urban areas seized by the Islamic State two years ago. Around Mosul, Iraqi forces are slowly putting pressure on the city from the south and northeast.

Armed with a 30mm cannon, 2.75-inch rockets and the ability to carry a payload of Hellfire missiles, the Apache is an aircraft well suited to provide close air support for troops on the ground. Used extensively in Iraq prior to the U.S. withdrawal in 2011 and the rise of the Islamic State, Apache gunships were last used in the country in 2014 to help beleaguered Kurdish units fighting for the Mosul Dam.

In 2015, the Pentagon had offered the use of Apache gunships to Iraqi forces attempting to retake the city of Ramadi. At the time, Iraqi Prime Minister Haider al-Abadi turned down the offer, and Iraqi forces were able to retake the city without them. In April, however, after meeting with Carter, Abadi approved their use to help retake Mosul. In conjunction with Abadi’s approval of the Apaches, Carter also announced the deployment of 200 additional U.S. troops to help advise their Iraqi counterparts, in addition to more rocket artillery. Currently there are roughly 5,000 U.S. troops stationed in Iraq.

Significantly larger than Ramadi, Mosul fell to the Islamic State in June 2014, forcing the retreat of thousands of Iraqi soldiers and the subsequent disintegration of a number of Iraqi army units. Since then, the city has turned into the Islamic State’s largest stronghold in Iraq and is believed to be well fortified. President Obama has anticipated that the conditions will be set to retake Mosul by the end of the year, and Pentagon officials have been eager to show that Iraqi ground forces are making strides to make that assessment a reality.