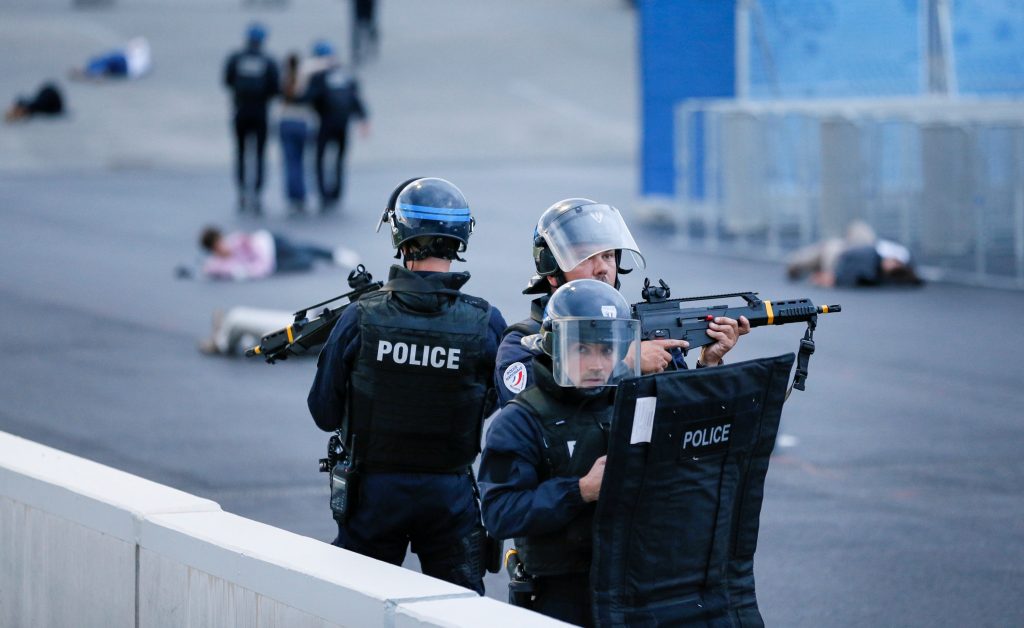 The head of Ukraine’s State Security Service (SBU) said on Monday morning that a French citizen detained in late May on the Ukrainian-Polish border had been planning a string of attacks in France to coincide with the UEFA Euro 2016.

SBU chief Vasily Gritsak said the unnamed man had made contact with illegal armed groups in Ukraine with the aim of buying weapons and explosives.

“The Frenchman spoke negatively about his government’s actions, mass immigration, the spread of Islam and globalization, and also talked about plans to carry out several terrorist attacks,” Gritsak said at a briefing.

The SBU said that it had followed the French man since December and allowed him to purchase five machine guns, two rocket propelled grenades and other weapons before he was arrested.

The SBU didn’t identify the man but said he was driven by ultra-nationalist views and planned 15 attacks on bridges, railways and other pieces of infrastructure for Euro 2016 that will be held in France.

Gritsak said that the man had intended to target Muslim and Jewish places of worship as well as administrative buildings in France.

Terror attacks are a major concern for French authorities as they prepare to host the month-long tournament at stadiums in the Paris area and eight other cities from Friday through July 10. Islamic State terrorists have threatened France during the tournament, but authorities have not confirmed specific dangers.

France is deploying 90,000 security forces for the tournament, and French President Francois Hollande said Sunday night that the threat of attacks won’t stop it from being successful.

The SBU said the French man came up on their radar last year during his stay in eastern Ukraine, and where he was “trying to establish ties with Ukrainian troops under the guise of volunteering.”

Ukrainian troops and Russia-backed separatists have fought in the east since April 2014, killing more than 9,400 people. It was not immediately clear which side of the conflict the French man had stayed at.

French regional newspaper L’Est republicain identified the man as Gregoire Moutaux, and said investigators raided his home in Nant-le-Petit near the eastern city of Nancy in late May. French network M6 reported that investigators found T-shirts of an extreme right group.

However, French police are skeptical about the affair, said a police source in Paris speaking on condition of anonymity.

The person in question was not known to either police or intelligence services and police had not found anything incriminating in a search of his home in the Meuse region of France, the source said.