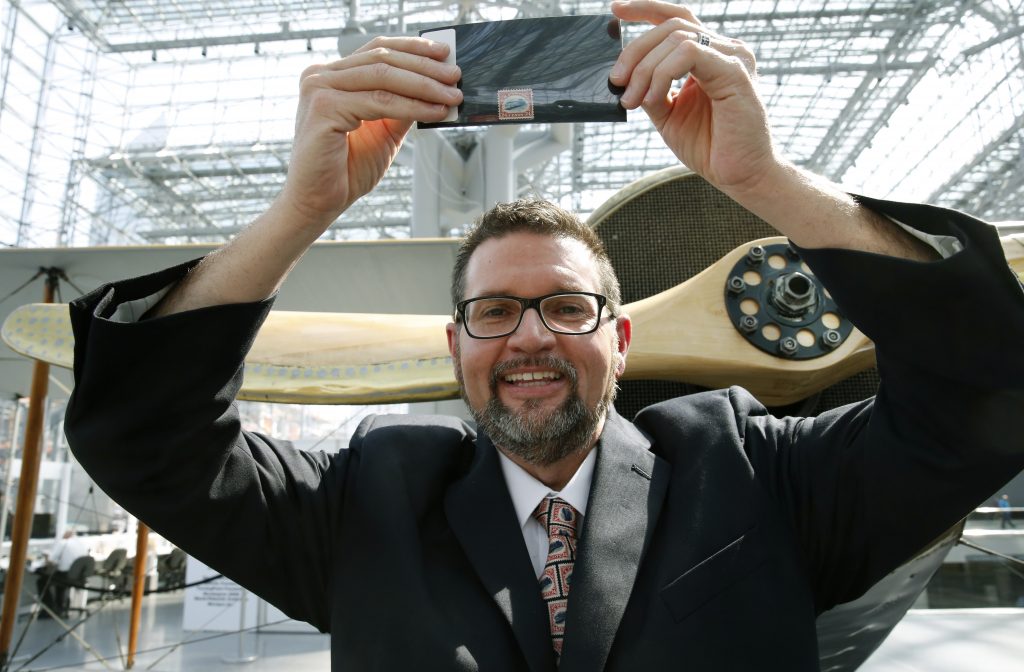 A rare postage stamp stolen in 1955 was returned on Thursday to its rightful owner in New York City.

But the mystery surrounding the so-called Inverted Jenny remains: Who stole it and three other such stamps at a convention in Virginia?

At the World Stamp Show, a man from Northern Ireland who inherited one of the stolen stamps from his grandfather watched as it was handed to officials of the American Philatelic Research Library.

A total of 100 Inverted Jenny stamps were printed in 1918, erroneously depicting an airplane printed upside-down. Of the four stolen in 1955, three have now been recovered.