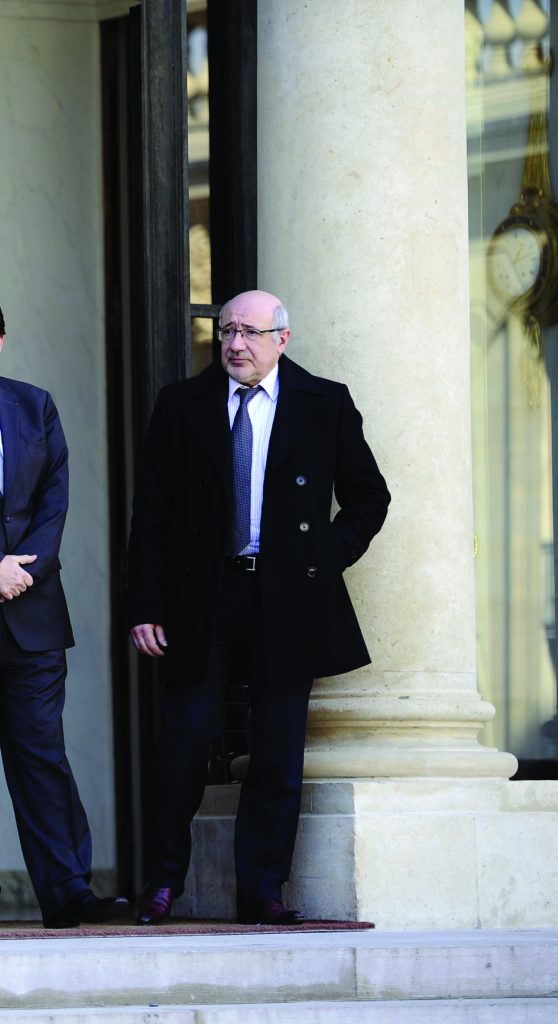 The central political body of French Jewish organizations has chosen Francis Kalifat as its new president. He takes the place of Roger Cukierman, and is the first Sephardi to occupy the post in nearly half a century.

The vote, in which he was elected to a three-year term, took place at a general assembly of CRIF (Conseil Représentatif des Institutions Juives de France) this past Sunday in Paris. His candidacy was unopposed and was supported by his predecessor.

Kalifat pledged to use his position to lobby France’s government to take the necessary steps to protect its Jewish community, which is increasingly under threat from Islamist elements in the country.

“My mandate will be that of zero tolerance towards all forms of anti-Jewish hatred,” he said at the assembly.

Noting that 40 percent of hate crimes in France were committed against Jews, who make up roughly 1 percent of the population, he added that the community “requires a constant mobilization.” Kalifat also announced that he would continue CRIF’s strong opposition to the BDS movement in the country.

In a radio interview following his election, he commented that “French Jews are in the most difficult situation they have experienced since World War II.”

Kalifat, 63, was born in Oran, Algeria. He has previously served as treasurer and vice-president of CRIF. France’s Jewish community has become increasingly Sephardic, mostly immigrants from North Africa and the Middle East, but since the late 1950s its official governing body has been dominated by Ashkenazim.

“He knows the institution very well and is very well prepared,” Rabbi Moshe Lewin, executive director of the Conference of European Rabbis, who serves as Rav of a shul in Paris, told Hamodia. “He’s a very pragmatic leader and I’m sure he’ll do a good job.”

Mr. Cukierman, who is 79, has served as president of CRIF since 2013; prior to that, he occupied the post from 2001 until 2007. His term saw the community victimized by rising animosity and violence, including riots that resulted from protests during the 2014 Gaza War and the shooting attack on Paris’s Hyper Cacher market, which claimed four lives. Thousands have emigrated and many have questioned the future of France’s Jewish community.

CRIF was founded in 1944, shortly after France’s liberation from occupying Nazi forces. It serves as an umbrella for some 70 Jewish organizations and is often the main political representation of French Jewry in an official capacity. In his role as president, Kalifat will also become a vice-president of the World Jewish Congress (WJC), of which CRIF is an affiliate.

According to the WJC, there are between 500,000 and 600,000 Jews in France, the largest population in Europe, and third-largest in the world.