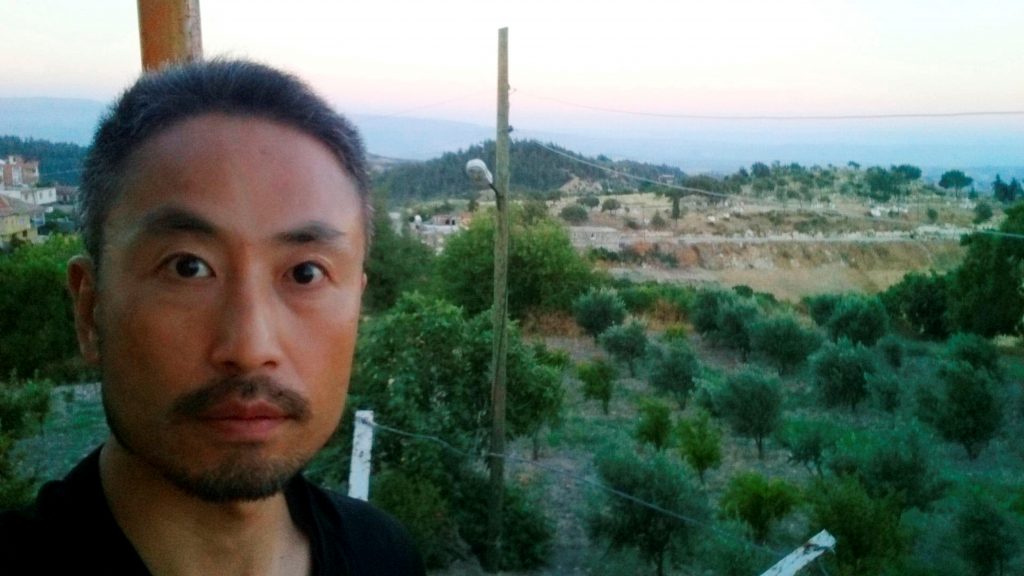 The Japanese government said on Monday it was doing all it could to secure the release of a Japanese journalist being held hostage by an al-Qaida affiliate in Syria, after an apparent photograph of the man was posted on the internet.

The photograph, apparently uploaded late on Sunday, showed a bearded man dressed in orange holding a handwritten sign in Japanese.

“Please help me. This is my last chance,” said the sign, written in shaky characters and signed “Jumpei Yasuda.”

Yasuda’s plight came to world attention in March, when a video surfaced showing him reading a message to his country and his family. Japanese media said he was capture by a group called Nusra Front after entering Syria from Turkey last June.

“Since preserving the safety of Japanese citizens is our most important duty, we are making use of a broad net of information and doing everything we can to respond,” Suga told a news conference.

Asked if this meant contacting the Nusra Front, Suga said “that sort of thing was included” but declined to give further details.

Early in 2015 the Islamic State terror group beheaded two Japanese nationals – a self-styled security consultant and a veteran war reporter. The gruesome executions captured the attention of Japan but the government said at the time it would not negotiate with the militants for their release.

Yasuda, a freelance journalist since 2003, was held in Baghdad in 2004 and drew criticism for drawing the Japanese government into negotiations for his release.

In December media freedom organization Reporters Without Borders retracted and apologized for a report it had issued that said Yasuda had been threatened with execution in Syria. The government said at the time it was seeking information.