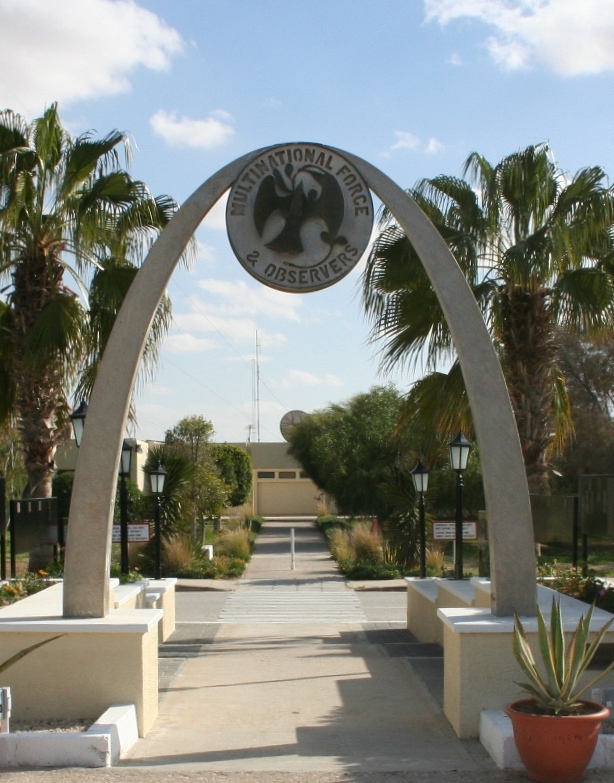 Fiji said Sunday it’s bringing home about 65 of the 300-plus peacekeepers it has stationed in Egypt’s Sinai Peninsula and has closed remote bases there as the security situation deteriorates.

Commander Humphery Tawake, who heads the South Pacific nation’s foreign peacekeeping force, said Fiji was asked to scale down its presence by the leaders of the international peacekeeping operation in Egypt.

The Multinational Force and Observers group has continually monitored compliance with the 1979 peace treaty between Egypt and Israel. Twelve nations currently contribute a total of about 1,700 troops to the force, with Fiji authorized to contribute up to 338 troops.

Tawake said the U.S. and Colombia were also planning to reduce troop numbers as peacekeepers in the northern Sinai found themselves increasingly caught in the middle of fighting between Egypt’s armed forces and terrorists affiliated with the Islamic State terrorist group.

“It’s not only affecting us, it’s affecting the whole mission,” Tawake said. “The threat and the danger that has existed since 2013 has spilled over. Some of our locations were hit by indirect fire and mortars last week.”

He said that five of Fiji’s remote outposts in the Sinai have been closed recently, leaving just two or three operating. He said only about 10 to 15 troops operate the small outposts, making them more vulnerable to attack than larger bases.

Tawake said the decisions about troop numbers were coming from the headquarters of the Multinational Force and Observers group, and exact numbers for Fiji’s drawdown had yet to be finalized. He said Fiji had stationed peacekeepers in Egypt since 1982, with the latest group of a little over 300 beginning a planned one-year rotation in February.

The U.S. is authorized to contribute up to 707 troops. The Associated Press reported last year that the Obama administration was quietly reviewing the future of America’s role in the Sinai, with options ranging from beefing up protection for U.S. troops to pulling them out altogether.

In 2014, 45 Fijian peacekeepers were held captive in Syria for two weeks by the al-Qaida linked Nusra Front before being released unharmed.