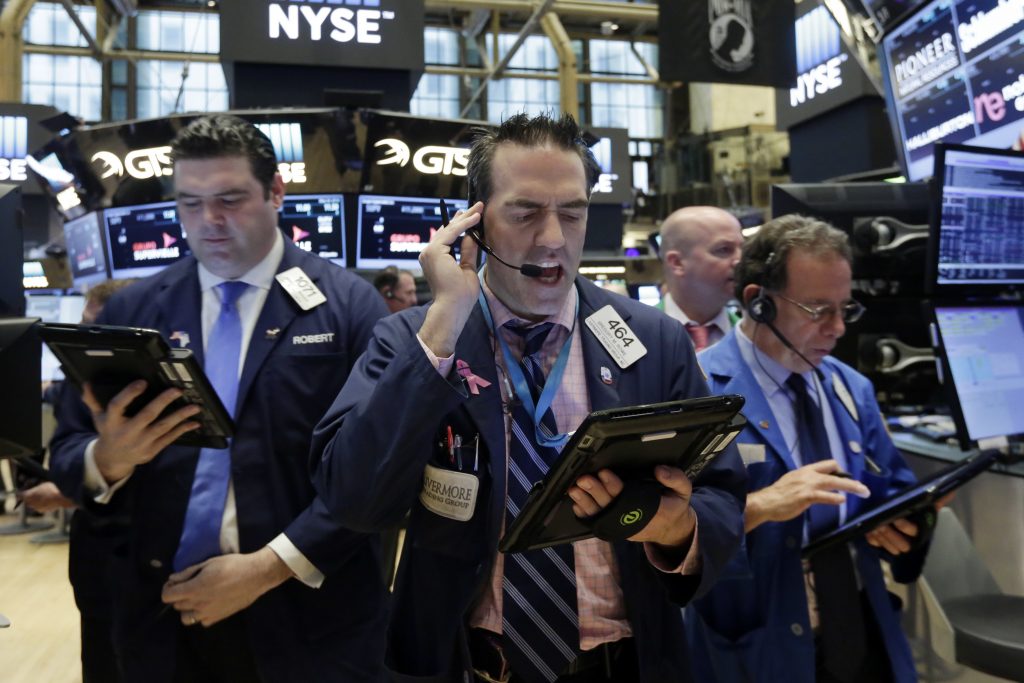 DEAL OFF: Fertilizer maker CF Industries ended a deal to buy OCI’s distribution networks for about $8 billion. CF planned to reincorporate in the U.K. as part of the deal, which would have reduced its tax bill, but the company said new Treasury Department rules made the combination less appealing. CF Industries will pay OCI $150 million for calling off the deal. CF Industries shed $1.70, or 5.7 percent, to $28.15.

HOMECOMING: Home builder Toll Brothers reported better first-quarter results than analysts expected, and the company raised its annual projections for home prices and sales. The stock gained $2.04, or 7.5 percent, to $29.14.

Other homebuilders also climbed after the Commerce Department said sales of new homes reached their highest level in eight years in April. Beazer Homes USA added 50 cents, or 7 percent, to $7.71 and Lennar rose $1.91, or 4.3 percent, to $45.90.

MORE RETAIL PAIN: Electronics retailer Best Buy said its quarterly sales kept falling and its outlook was weak. That made Best Buy the latest retailer to disclose disappointing quarterly results. Its stock lost $2.45, or 7.4 percent, to $30.55.

Shoe and accessories retailer DSW cut its outlook, saying it expects weaker sales this year. That came after the company reported disappointing results for its first fiscal quarter. The stock gave up $3.19, or 14.7 percent, to $18.54.

TWITTER TRIPPED UP: Twitter announced a series of format changes that make its 140-character limit a bit more flexible. That might make Twitter more appealing to new users. The social media service said that in a few months, photos, videos and other media won’t count toward its character limit. However, it didn’t abolish that limit entirely, as some had expected. The stock declined 44 cents, or 3.1 percent, to $13.97.

WAITING ON THE FED: Investors are watching for clues on whether the U.S. Federal Reserve will raise interest rates next month. Speeches by several Fed members this week may provide insight into what Fed policymakers might do at their meeting in June.