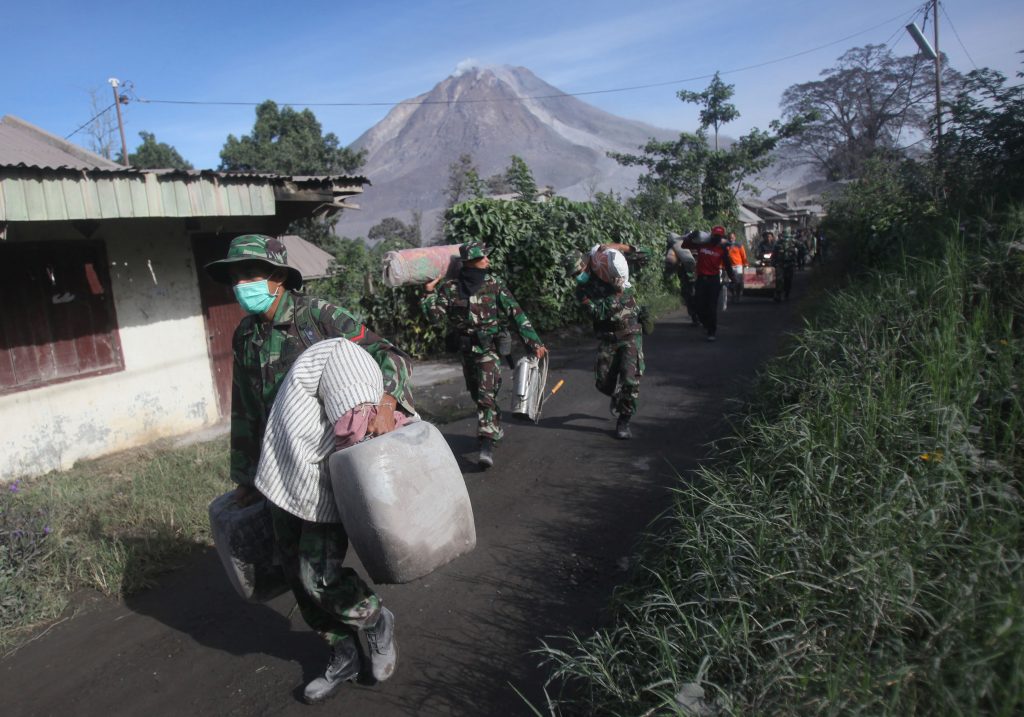 Rescuers have found more bodies after a volcano erupted in western Indonesia, raising the death toll to six, an official said Sunday.

Mount Sinabung in North Sumatra province blasted volcanic ash as high as 2 miles into the sky on Saturday, said National Disaster Management Agency spokesman Sutopo Purwo Nugroho. He said ash tumbled down the slopes as far as 3 miles westward into a river.

The mountain had been dormant for four centuries before reviving in 2010, killing two people. An eruption in 2014 killed 16 people.

All the victims of Saturday’s eruption were working on their farms in the village of Gamber, about 2.5 miles away from the slope, or within the danger area. Video images showed dead farm animals covered in dust.

Nugroho said soldiers, police, and rescuers from disaster combatting agencies, as well as volunteers and villagers, were searching for more possible victims.

Mount Sinabung is among more than 120 active volcanoes in Indonesia, which is prone to seismic upheaval due to its location on the Pacific “Ring of Fire,” an arc of volcanoes and fault lines encircling the Pacific Basin.