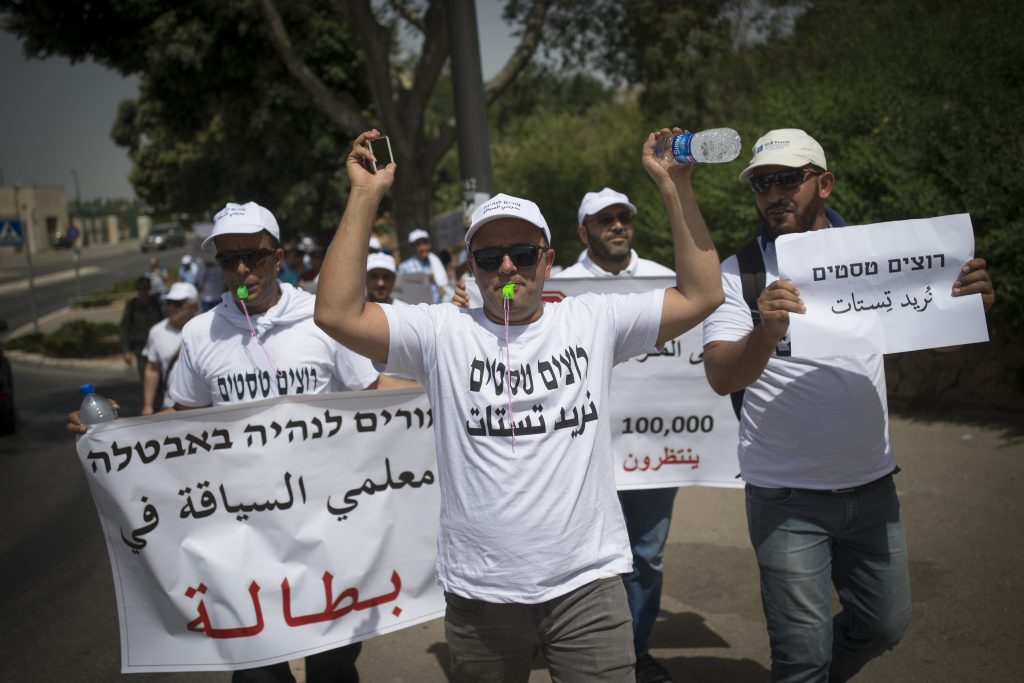 Hundreds of Israeli driving testers took to the main Yerushalayim-Tel Aviv highway on Thursday to dramatize their strike demands by driving so slowly they backed up traffic for miles, Arutz Sheva reported.

The huge bottleneck added to the frustrations of thousands of Israelis who have not been able to take tests for their driver’s license due to the nine-week strike.

The testers blame the Ministry of Transportation for the disruptions, for refusing to cancel a plan to privatize their positions.

As the strike has dragged on, however, driving testers have also felt the pinch, with students pushing off lessons until the strike is resolved.

So they resorted to the road demo. Blocking traffic is not a new form of protest in Israel, but doing it by creating a bottleneck the way they did is something we haven’t seen before.

“The idea to privatize [our positions] is terrible and unrealistic,” the statement read. “Any change they want to make can be done in the existing framework, there’s no reason to outsource it. Today we’re doing the work and the amount of tests that they are requesting from contracted workers to do in the future, and with good service, too. Without any economic considerations about what the contractors will do; we think that the state cannot give up governmental authority and hand this over to private hands.”