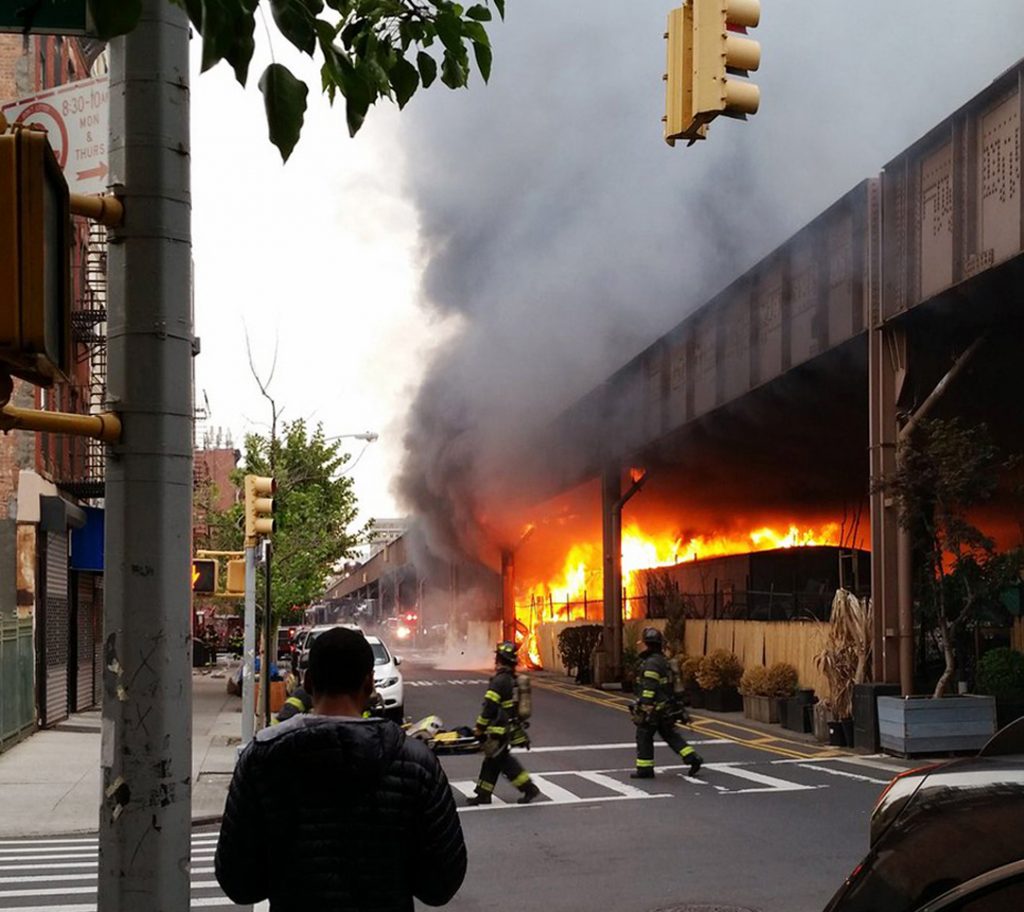 The Tuesday night fire at a garden center underneath Metro-North tracks section, north of Grand Central Terminal, halted train service for hours. Fire marshals said Wednesday that the blaze had been ruled an accident and was caused by fuel that was spilled on a hot generator as it was being refilled.

On Wednesday, the railroad used an abbreviated Saturday schedule and said it would continue to do so “until further notice,” though it expressed hope that regular service could be restored by Friday.

It was a bad day for commuting overall in the city. Drivers from New Jersey and the northern suburbs grappled with delays of an hour or more. It’s unclear how many of those drivers normally would have taken the train. A shooting in the Theater District also snarled midtown Manhattan traffic.

The intense fire damaged a center column beneath a viaduct holding the elevated tracks. The column is an older design with lattice-like steel; parts of it date to the initial construction of the viaduct in the 19th century.

A train that left White Plains at 6:30 a.m. was so crowded that by after seven stops no one could get on.