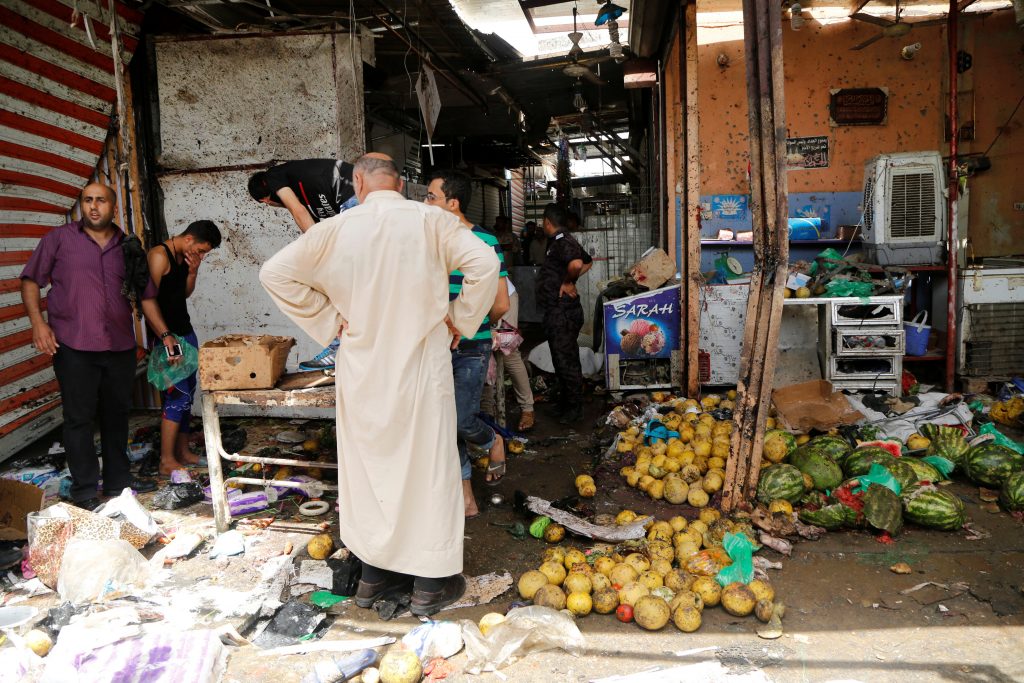 Three bombings killed at least 63 people and wounded more than 100 in Baghdad on Tuesday, police and medical sources said, extending the deadliest spate of attacks in the Iraqi capital so far this year.

A suicide bombing claimed by Islamic State in a marketplace in the northern, mainly Shiite Muslim district of al-Shaab killed 38 people and wounded over 70, while a car bomb in nearby Shiite Sadr City left at least 19 more dead and 17 wounded.

Another car bomb, in the mixed Shiite-Sunni southern neighborhood of al-Rasheed, killed six and wounded 21, the sources said, in what a military spokesman described as a suicide attack.

Security has improved somewhat in Baghdad in recent years, even as the Sunni Islamic State terror group seized swathes of the country almost up to the outskirts of the capital.

But attacks claimed by IS in and around the city last week killed more than 100 people, sparking anger in the streets over the government’s failure to ensure security.

There are fears that Baghdad could relapse into the bloodletting of a decade ago when sectarian-motivated suicide bombings killed scores of people every week.

That has cranked up pressure on Prime Minister Haider al-Abadi to resolve a political crisis or risk losing control of parts of Baghdad even as the military wages a counter-offensive against Islamic State in Iraq’s north and west with the help of a U.S.-led coalition.

Abadi has said the crisis, sparked by his attempt to reshuffle the cabinet in an anti-corruption bid, is hampering the fight against Islamic State and creating space for more insurgent attacks on the civilian population.

A spokesman for the Baghdad Operations Command told state media the terrorist in the al-Shaab neighborhood had detonated an explosives-filled vest in coordination with a planted bomb. Initial investigations revealed that the bomber was a woman, he said.

Islamic State said in a statement distributed online by supporters that one of its terrorists had targeted Shiite militiamen with hand grenades and a suicide vest. There were no immediate claims of responsibility for the other two bombings.