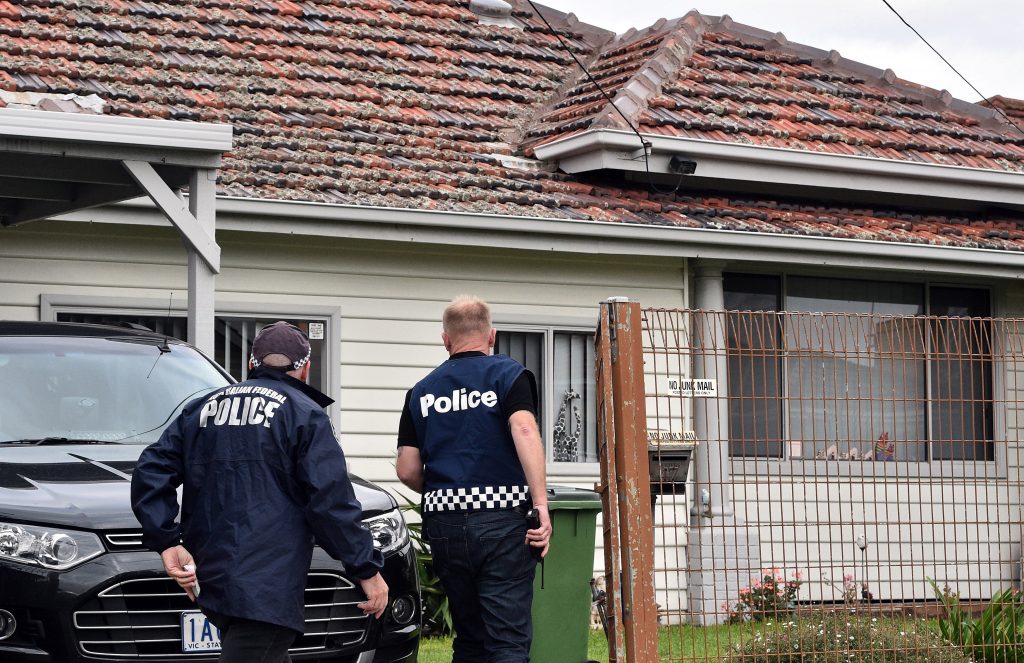 Australian counterterrorism police on Tuesday carried out raids across Melbourne connected with five men accused of planning to travel to Syria to join the Islamic State terror group via a journey that would start with a motor boat trip from Australia to Indonesia.

“The Victorian Joint Counterterrorism Team are currently executing a number of warrants in the northern and northwestern suburbs of Melbourne as a part of Operation Middleham,” a Victoria state police spokeswoman said.

The men, aged between 21 and 31, were charged on Saturday with preparing to enter a foreign country “for the purpose of engaging in hostile activities,” an offence that carries a maximum penalty of life imprisonment.

The five, who were not named, were arrested last week after towing a 23-foot motor boat almost 1,865 miles from Melbourne to Cairns in the northern state of Queensland.

In an unrelated incident police in Sydney said that they had on Tuesday arrested an 18-year-old man for allegedly planning a terrorist act.

“We will allege that this individual was looking at possible sites in Sydney to undertake a terrorist attack and was making arrangements to acquire a firearm,” Australian Federal Police Deputy Commissioner Neil Gaughan told reporters.

Police will also charge the teen in connection with a failed attempt to leave Australia in February to conduct “hostile acts” in a foreign country, Gaughan said.

After he was barred from traveling abroad at Sydney Airport, Gaughan said, he turned his attention to carrying out a domestic attack. The charges carry a maximum penalty of life imprisonment.

Australia, a staunch U.S. ally, has been on heightened alert for attacks by home-grown radicals since 2014 and authorities say they have thwarted a number of potential ones. There have been several “lone wolf” assaults, including a café siege in Sydney that left two hostages and the gunman dead.

About 100 people have left Australia for Syria to fight alongside organizations such as Islamic State, Australia’s Immigration Minister said last month.

In 2014, police shot dead a Melbourne teenager after he stabbed two counter-terrorism officers. Three months later, two hostages were killed when police stormed a Sydney café to end a siege by a lone gunman, who was also killed.

A 15-year-old boy fired on an accountant at police headquarters in a Sydney suburb last October and was then killed in a gunfight with police.