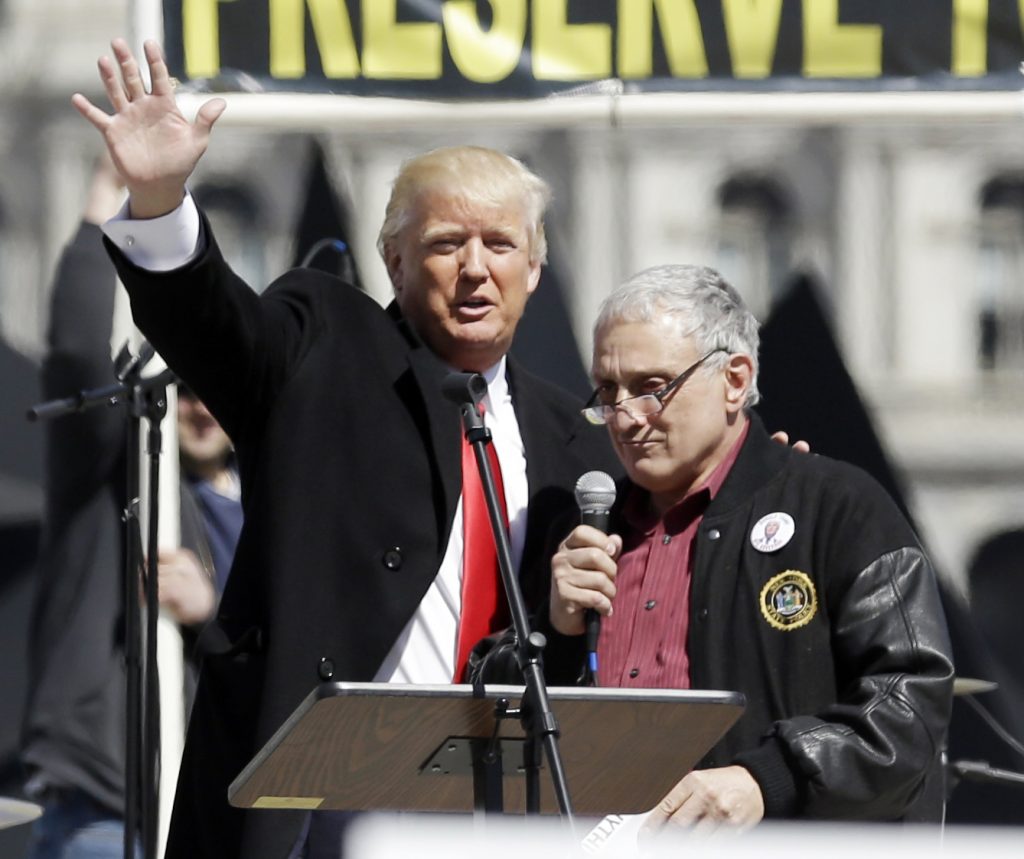 Wealthy developer Carl Paladino has been re-elected to the Buffalo school board by narrowly defeating his 18-year-old student challenger.

Paladino beating high school student Austin Harig by a little more than 100 votes out of about 3,000 cast in the Park District Tuesday. Harig took on Paladino despite Paladino’s experience as a former candidate for New York governor and current campaign co-chair for Republican presidential candidate Donald Trump in New York.

Paladino won his first three-year term on the nine-member school board in a landslide in 2013, becoming part of a new voting majority that supports reforms that include expanding community and charter schools. Two other members of that majority were defeated on Tuesday. The defeat is a win for teachers’ unions and a loss for charter and community schools.

Harig had argued that Paladino’s outspokenness is hurting the schools he still attends.

“The voice of our students and families have been drowned out in the shouting match that this board has become,” the 18-year-old said at the school board’s April 27 meeting.

With Paladino listening from a few feet away, his soft-spoken challenger urged whoever winds up on the notoriously divided board to “end the petty rivalries and the fighting” and focus on the students.

The high school senior said later he’s not intimidated by the millionaire chief executive of Ellicott Development Co., who is often photographed with Trump and made his own turbulent run for governor when Harig was in the sixth grade.

Then again, Harig’s felt little of the fury Paladino unleashed during that 2010 race, when he declared he promised to “take a baseball bat to Albany.”

Except for unsuccessfully challenging Harig’s petition signatures, Paladino had largely shrugged off the school board challenge. He skipped a chance to debate Harig and said little about him when asked.

“The people will do the right thing,” Paladino said.