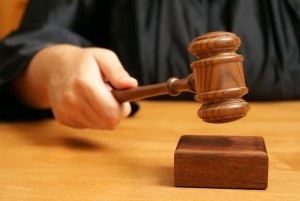 Former Assembly Speaker Sheldon Silver was sentenced to 12 years in prison on Tuesday.
A stern Judge Valerie Caproni announced the sentence months after the 72-year-old Manhattan Democrat was convicted in a $5 million corruption case. The judge also imposed a $1.75 million fine and a $5.3 million forfeiture.
Silver, who was first elected in 1976 and served as speaker for 21 years, must report to prison by July 1.
Prosecutors had asked Caproni to sentence Silver to well over a decade in prison, while defense lawyers requested leniency, citing his age, health and good deeds including efforts to improve lives after the Sept. 11 attacks and Superstorm Sandy.
Silver’s lawyers have announced he plans on appealing the verdict.