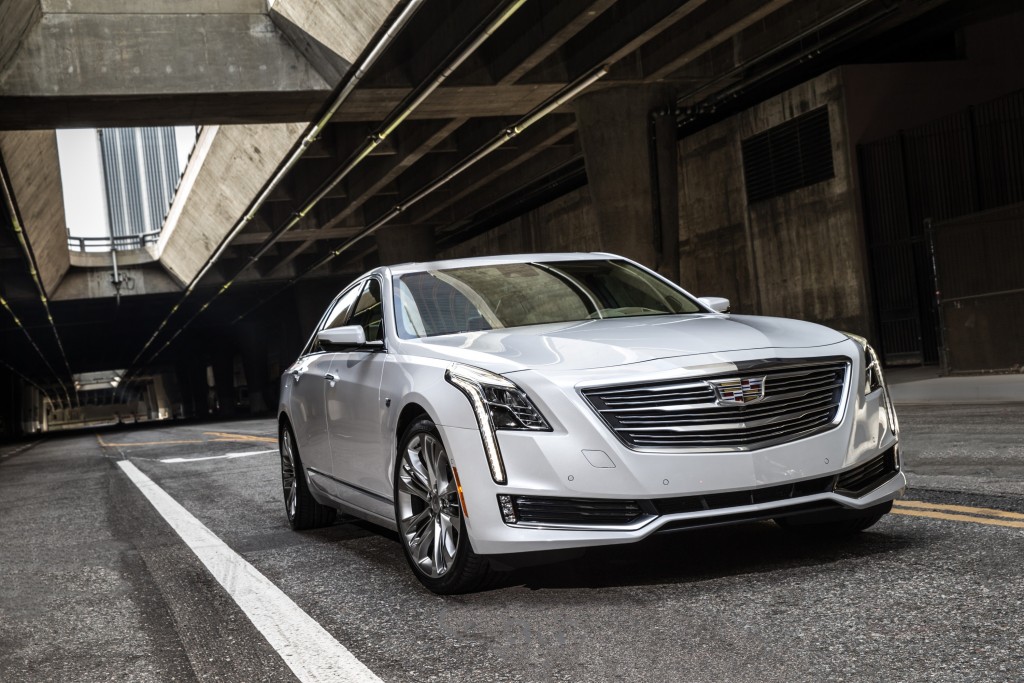 It’s been a couple decades now since General Motors’ first attempt to reclaim Cadillac’s self-proclaimed title as the “standard of the world.” Although the brand’s products are a lot closer to regaining that title, most consumers still haven’t received the news and, if they have, few believe it.

Unlike the DTS or Fleetwood, which shared their platforms with lesser General Motors divisions, the CT6 uses its own architecture. Named Omega, it mixes high-strength steel and aluminum to keep weight to a minimum and strength to a maximum. At 204 inches long, the CT6 is 3.5 inches shorter than the DTS, but its proportions are far more pleasing thanks to a long wheelbase and rear-wheel drive. The car’s quietly imposing demeanor wears a sophisticated rendition of Cadillac’s unique Art and Science styling that packs a visual punch. Unlike some of its competitors, there’s no mistaking it for anything else. Clearly, heritage has its benefits.

Inside, you’ll find a spacious cabin sumptuously trimmed with soft leather and beautiful wood, accented with metal and LED lighting. It’s a warm counterpoint to the expected tech features, such as a reconfigurable high-resolution LCD instrument cluster that incorporates Night Vision, a feature first offered by Cadillac on the 2000 Cadillac DeVille. This new version of the infrared camera system can still see in the dark but puts a yellow frame around pedestrians or animals down the road and warns you if you’re likely to hit them by changing their frames to red.

Such indulgent connectivity continues with the 360-degree-view camera that incorporates the industry’s first surround-view video recorder. It can be used while driving or when the vehicle’s security system is triggered. And unlike other vehicles with a rearview camera, the CT6’s image is shown in the rearview mirror, instead of the 10.2-inch infotainment screen. That way, any essential onscreen information is always viewable on the screen.

Of course, being a Cadillac, head and legroom are generous, and the front seats prove very comfortable during long drives, with good lower-back support. The only quibble is the lack of side bolstering, which isn’t apparent until you tap your inner-Andretti.

For some, the thought of aggressively driving a full-size Cadillac may seem laughable, but this car drives with the agility of a BMW 5 Series. After all, it weighs about as much a BMW 5 Series, even though it’s 2.5 inches shorter than a BMW 7 Series.

So it’s not surprising that, like the 5 Series, the CT6’s base engine is a turbocharged 2.0-liter four-cylinder that produces 265 horsepower – 25 horses more than the BMW. The smaller engine not only returns good fuel economy for such a large car – 22 mpg city, 31 mpg highway – it also keeps the car light and provides plenty of power for most drivers. However, it comes only with rear-wheel drive.

No doubt many drivers will opt for the normally aspirated 335-horsepower 3.6-liter V-6, or the magnificent twin-turbocharged, 400-horsepower 3.0-liter V-6, both of which are offered with all-wheel drive. The latter is the engine to have, as it most closely captures the feel of a V-8 and, remarkably, boasts an exhaust note that mimics its sound. Best of all, there’s always boatloads of power on tap; no waiting required.

And a superbly tuned chassis allows you to make the most of the available power. The precise, linear steering, and well-tuned suspension limit body roll through corners. Combine the good manners with the car’s light weight, and you’ll find that the CT6 drives and behaves like a smaller car – mostly because it has the weight of a smaller car. That said, while the standard suspension is very athletic, opt for the optional Active Chassis System, which includes Magnetic Ride Control and active rear steering; it turns the handling finesse up to 11.

It’s a remarkable ride, one that’s been long overdue from a brand that knows how to produce a superb automobile. Its abilities are so good that it’s astonishing that one can be had for less than $55,000.

If you thought that world class, full size American luxury cars are dead; they’re not. The 2016 Cadillac CT6 makes a good case for reclaiming the title “the standard of the world.”