Israel ANALYSIS: Can We Achieve Unity in the Face of Terror Bombing?
Israel 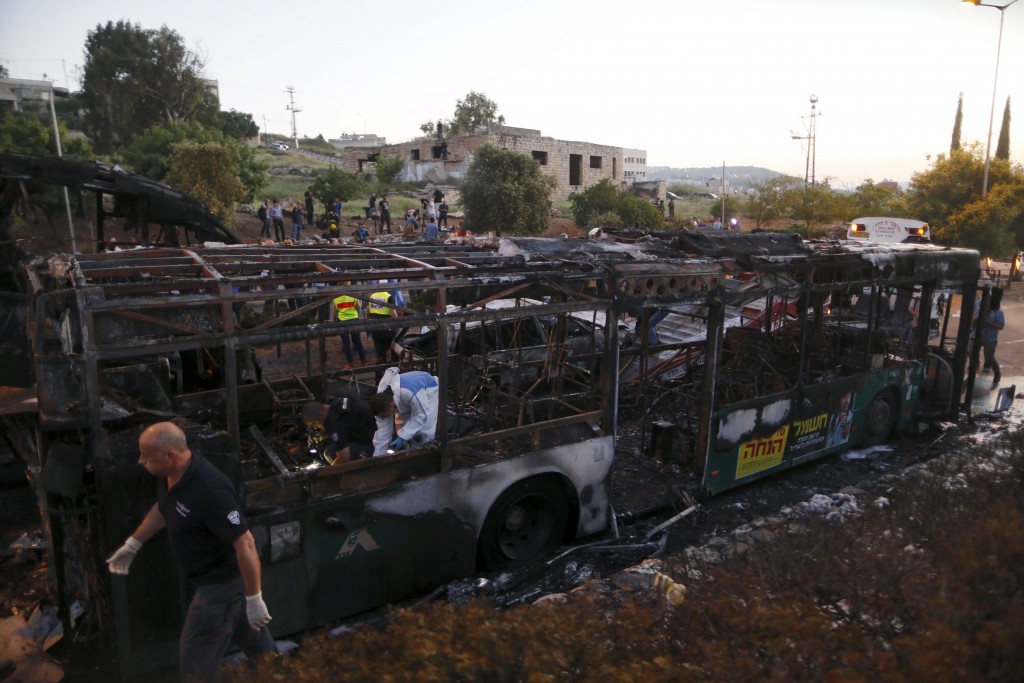 There is one clear common denominator to the recent terror attacks: The terrorists, in all their variety, are determined to continue their attacks, since they are unafraid; and the state of Israel knows how to talk tough, but deterrent measures have failed, other than to strike back against the terrorists here and there. But nothing has been done to drive home the message that the price of terror will not be worth it.

We have heard in the past few days senior Israeli security officials expressing pride in their discovery of a solution for ending the wave of terror. For evidence, they adduced recent weeks’ statistics on the significant decline in terror attacks. Statistically, it was accurate. But the haste with which this was translated into the conclusion “That’s that; the wave of terror is over” was detached from reality.

During the Second Intifada there were also breaks, perhaps even more dramatic and prolonged than this one. That’s why security officials at the time referred to it in terms of “ups and downs.” It rose and fell, and rose again — until Israel was forced to loose the severe blow known as Operation Defensive Shield.

But Israel, which had already learned this lesson, had not internalized it in a way that fit the situation. Enlightenment came only after the horrific terror attack at Leil HaSeder in the Park Hotel in Netanya, which took the lives of 32 Israelis and wounded dozens of others. Had it not been for that atrocity, it is doubtful whether the government would have launched an operation on the scale of Defensive Shield, which alone put an end to the Second Intifada.

The current terror wave has also been characterized by ups and downs. It reached a peak, and after the first downturn they rushed, irresponsibly, to declare it over. But it was not.

On the contrary. The terrorists have resumed. Now they are targeting buses, and Hamas on the Gaza border, like Hizbullah in the north, are continuing to prepare for the next major confrontation. Maybe they don’t seek that confrontation with the IDF today, but not because they have suddenly been transformed into chovevei Tzion v’Yerushalayim, but because they are not ready yet. They need more time to build more tunnels. And they are building and building.

Israel prides itself in uncovering a terror tunnel. But the defense establishment knows very well that this was only one of many, and that Hamas is not intimidated by this one incident.

Just as the terror groups continue their preparations for the inevitable war with Israel, so do the lone wolves. Each one who takes to the street to kill Israelis gives encouragement to the next one, and the next.

In the face of this challenge, Israeli officials have developed a number of good measures which keep down the terror — after the fact. They cordon off the vicinity of the attack. They revoke the work permits of the family members of the terrorist, put up roadblocks around the hometown of the terrorist, and demolish his home.

Large IDF forces are deployed; they are doing something on the ground. But the terror continues.

It also continues in the form of operations carried out by terror cells directed from Turkey, or from Gaza. This, it appears, was the case of the terrorist who boarded a bus in Yerushalayim with a bomb this week.

Pesach is approaching, and after that Shavuos, and l’havdil, in another month and a half comes Ramadan, a time of year when even without a “terror wave” there are attacks.

It’s easy to talk about deterrence. But if there were deterrence, many of the attacks in recent months would not have occurred. The task at hand is to restore that deterrence not in words but in fact.

But the military is not doing so. It blames the civilian echelons, which in turn blame the military ones, as we said above.

It is enough to consider the handling of Operation Protective Edge by the civilian leaders to appreciate the extent to which Israel has failed to build an effective deterrent posture. The day will come when there will be a demand for a panel of inquiry to determine how it came to be that military operations were brought to a halt after 51 days of fighting, despite the fact that they did not achieve anything substantial.

True, the Gazans suffered terribly; of that there is no doubt. But when the fighting was over, terror activities resumed. The IDF did not act with sufficient force to obliterate the networks of the terror groups, and the threat continued. And so it continues today.

When Operation Protective Edge began, the Israeli leadership met with military reporters and explained that in view of the dozens of tunnels which threaten us, there was no choice but to destroy them.

Today, it is clear that many of those tunnels remained untouched; only a few were destroyed or damaged, and those were repaired by the Gazans.

Most of those that were located were “neutralized.” Does the term sound familiar? Like the soldier in Chevron who shot the terrorist who had been “neutralized.” Then we have questions about what exactly happened. Nothing was black and white, all gray. And in this gray territory the human rights activists take their pictures and make their allegations.

If the security forces knew about the tunnels before Operation Protective Edge, why didn’t they act sooner? If they know about terrorist cells that exist in Yehudah and Shomron today, what are they waiting for?

The Shin Bet does capture terrorists before they carry out their plots, but the scope of their operations, which appears large, is small compared to what it could do if word came from above.

The civilian echelons are vacillating. They are influenced in no small part by civilian and military advisors who argue that the solution lies in enhanced Israeli economic activity. In increased economic aid. In raising the number of trucks allowed into Gaza from 600 to 1,000 daily. In granting Palestinians more work permits in Israel.

But it is hard to say that such measures aimed at helping the other side will meet with anything we would call hakaras hatov. No. To the Palestinians, whatever they receive — no matter how much — is only what they feel they deserve anyway; they feel no obligation to behave any differently in return.

The Hamas leaders in Gaza have a certain worldview. They act quite differently toward Israel from how they behave in Yehudah and Shomron. In Yehudah and Shomron, they continue to pursue their agenda, to eventually gain control over the region, as they did over Gaza. They gnaw away incessantly at the Palestinian Authority. And much of the recent decline in the number of terror attacks can be attributed to the Palestinian Authority’s security apparatus, which has struck at the terrorists, because they know that they will not always be aiming at Israeli targets. They know that they are next on the list; indeed, sometimes before the Israelis.