Israel High Court: Netanyahu Can Keep His ‘Side Jobs’
Israel 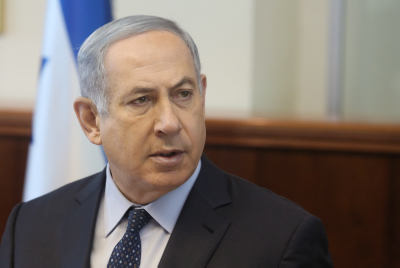 The High Court has rejected a petition by Yesh Atid to force Prime Minister Binyamin Netanyahu to give up some of his additional cabinet positions. Netanyahu, besides being head of government, also heads the Economy, Communications, Foreign, and Regional Cooperation Ministries.

The Yesh Atid petition was based on provisions on the Basic Law regarding government, which requires all Israeli governments to act in a democratic manner – and having the prime minister hold nearly a quarter of the cabinet posts for himself is not democratic. In addition, the petition claims, the lack of ministers dedicated to specific tasks is harmful to Israel. By not having a dedicated Foreign Minister, for example, Israel’s international position is harmed, the petition claims.

While some of the judges on the seven-judge panel agreed with the claims, the majority said that Netanyahu, as head of government, had the right to set up his government any way he liked, and any way his coalition would work. “The current basic laws do not proscribe or limit the freedom of the prime minister to act in other capacities as well,” the majority opinion said.

In a statement, Yesh Atid said that it accepted the decision. “Legally, this is obviously the final word on the matter, but not politically. Israelis must decide for themselves if it is legitimate for a government not to have dedicated personnel in charge of major offices, and whether or not the prime minister can do his own job, as well as dedicate the necessary attention to these other tasks.”