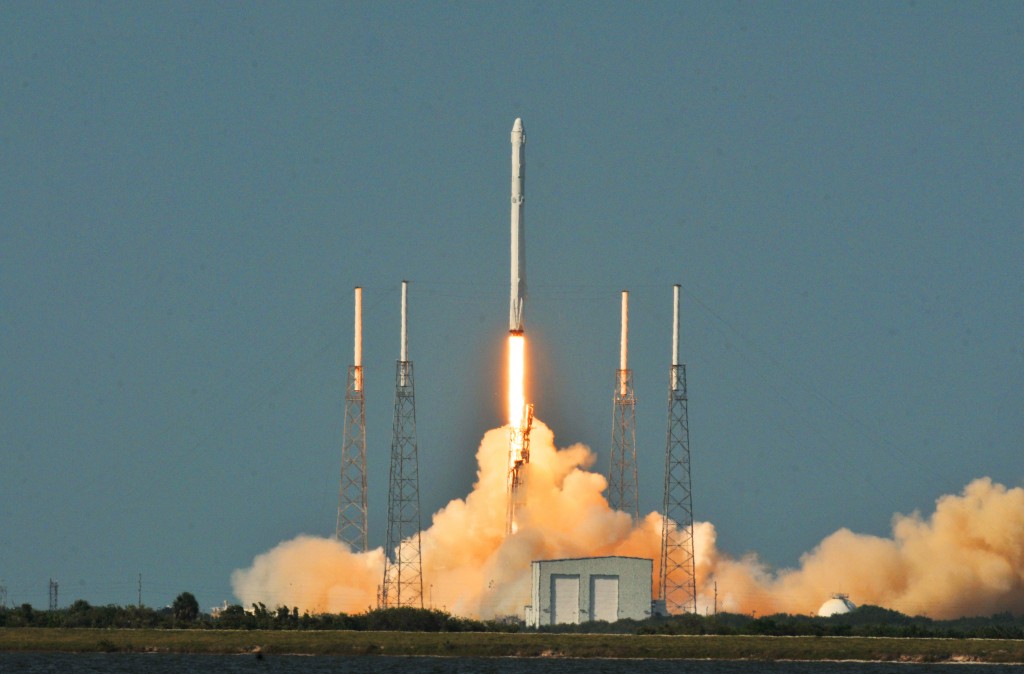 SpaceX successfully landed its Falcon 9 rocket’s reusable first-stage booster on a drone ship stationed in the Atlantic Ocean on Friday. It was the Hawthorne, Calif. company’s fifth attempt at a sea landing and first successful one.

“That is amazing!” Chris Hadfield, a retired Canadian astronaut who was commander of the International Space Station, said Friday on Twitter. “World-leading ability, proven. Opens the imagination to what is possible.”

In January, SpaceX managed to guide a Falcon 9 first stage to the specially designed drone ship, where it landed upright but toppled almost immediately after a stabilizer arm collapsed.

Friday’s landing capped SpaceX’s launch of a cargo delivery for NASA to the International Space Station.

If that part of the mission is successful, it will be the company’s first trip to the space station since last April. An attempt in June failed when a SpaceX rocket disintegrated just minutes after liftoff.

The Falcon 9 rocket launched the Dragon spacecraft, which is loaded with 7,000 pounds of key supplies for the space station’s crew. Among those supplies are materials to assist with dozens of about 250 onboard science and research investigations, SpaceX said.

The Dragon spacecraft is also carrying a 3,100-pound Bigelow Expandable Activity Module, also known as the BEAM, which is intended to attach to the ISS and test expandable-living-quarters technology.

The BEAM is of particular interest because it could have implications not only for ISS hardware, but for potential habitats going to Mars, said John Logsdon, professor emeritus at George Washington University’s Space Policy Institute.

Expandable living quarters weigh less, take up less space on a rocket and could be used for additional living and working areas in space, according to NASA. The agency said the habitats could be used by crews traveling to Mars, the moon or asteroids.

The Dragon arrived at the International Space Station on Sunday. Station astronauts used a robot arm to capture the Dragon, orbiting 250 miles above Earth.

It will be attached to the space station this Saturday, but won’t be inflated until the end of May. The technology could change the way astronauts live in space: NASA envisions inflatable habitats on Mars in a couple of decades, while Bigelow Aerospace aims to launch a pair of inflatable space stations in just four years for commercial lease.

This is SpaceX’s eighth mission to the space station out of 20 that the company is contracted to fly for NASA. SpaceX blamed the Falcon 9 disintegration last June on a faulty strut that held down one of many helium bottles on the rocket’s second stage, where the explosion occurred.