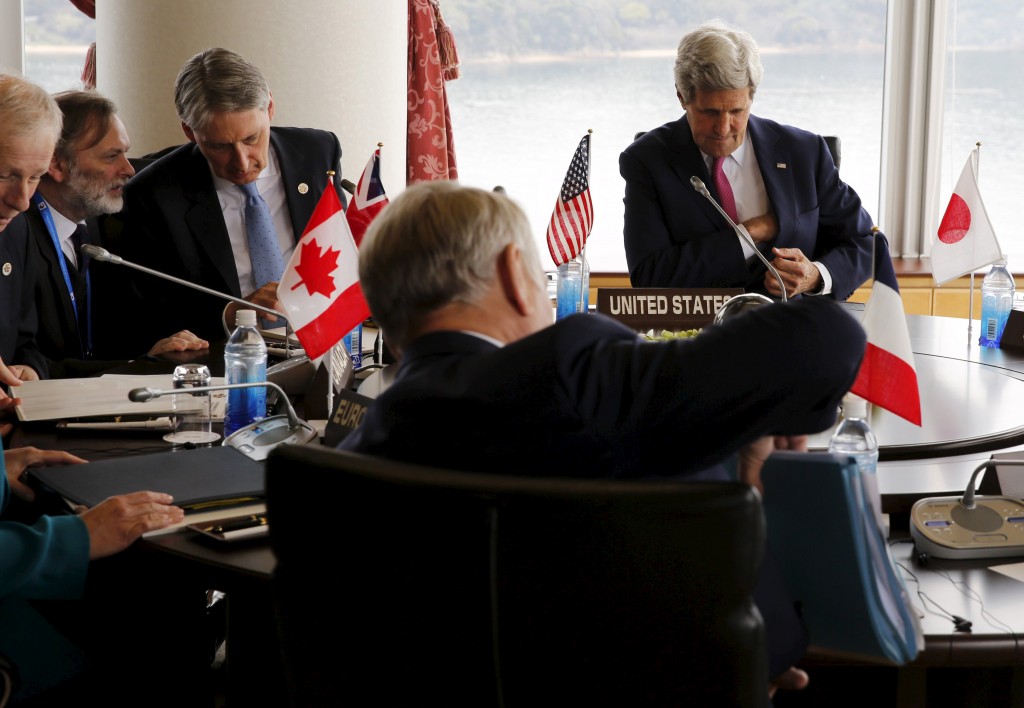 In a city obliterated by a U.S. atom bomb more than 70 years ago, Japan kicked off a gathering of foreign ministers from the Group of Seven (G7) advanced economies with a call to end nuclear weapons.

U.S. Secretary of State John Kerry is set to join his counterparts from Britain, Canada, France, Germany, Italy and Japan on Monday to visit an atomic bomb museum and lay flowers at a cenotaph for nuclear bomb victims, becoming the first in his post to do so.

The move could possibly pave the way for a never-before visit to Hiroshima by a U.S. president when Barack Obama attends the annual meeting of G7 leaders in Japan next month.

During World War II, a U.S. warplane dropped a nuclear bomb on Hiroshima on Aug. 6, 1945, reducing the city to ashes and killing 140,000 people by the end of that year. Three days later, the United States dropped an atomic bomb on Nagasaki. Japan surrendered six days later.

Maritime security is also on the cards after China rattled nerves in the region with its controversial reclamation work in the South China Sea.

Chinese Foreign Minister Wang Yi on Saturday called for the participating ministers not to “hype up” the South China Sea issue. Wang’s comment was followed by a scathing article by China’s official Xinhua News Agency on Sunday on the prospects of the G7 meeting discussing the South China Sea matter.

“[Kishida] has purportedly coordinated to outline a joint communique regarding the sovereignty disputes over the South China Sea, despite the fact that neither Japan nor any G7 member is a relevant party to the disputes,” the article said.

“Long uncomfortable with China’s rising influence in the region, Japanese Prime Minister Shinzo Abe and his administration have never passed up an opportunity to trip up and contain China,” it said.

Kishida is scheduled to hold a final news conference as chair of the G7 meeting of foreign ministers on Monday afternoon, and will announce several G7 statements on issues including nuclear disarmament and maritime security.