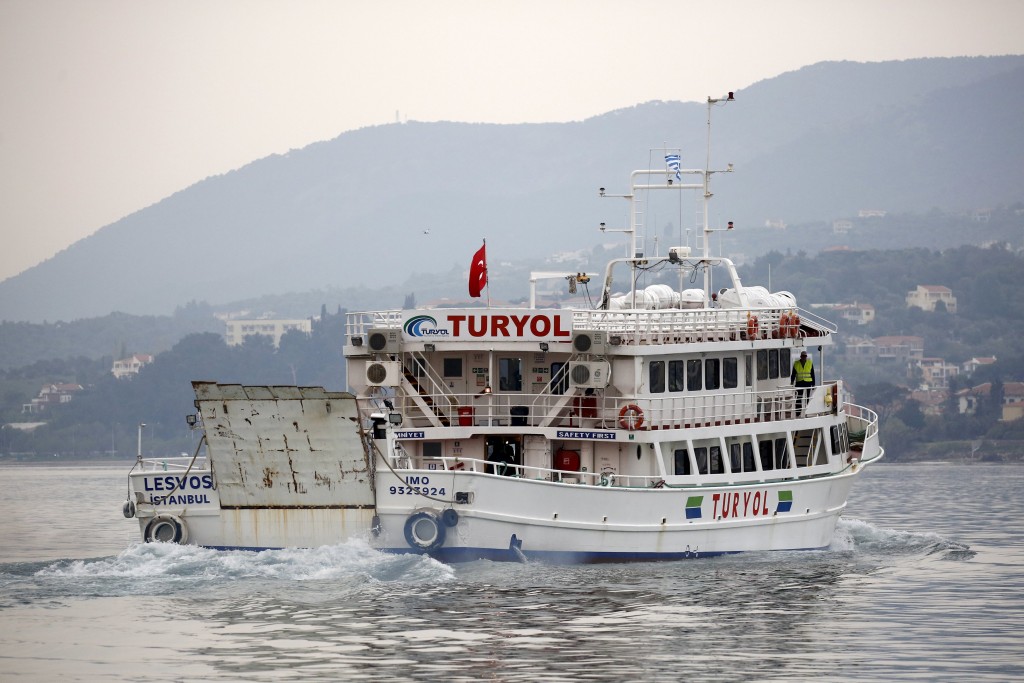 A ferry carrying 45 migrants left the Greek island of Lesbos for Turkey on Friday, part of a European Union deal that began this week to stem mass migration to Europe across the Aegean Sea.

A second boat carrying a larger group was scheduled to leave the island later in the morning, state media reported. Those who left early on Friday were from Pakistan, it said.

At least two activists plunged into the water close to the small ferry, dangling from the heavy chain of the anchor and flashing the ‘V’ for victory sign in an attempt to prevent the vessel from sailing from the port of Mytilene. They were plucked from the water by the Greek coast guard.

Activists, who say the deal runs roughshod over human rights, stood at the gates of the port blowing whistles and banging on metal barriers.

A first group of 202 migrants, most from Pakistan and Afghanistan, were sent back to Turkey on Monday.

Under the EU-Turkey deal, Ankara will take back all migrants and refugees, including Syrians, who enter Greece through irregular routes in return for the EU taking in thousands of Syrian refugees directly from Turkey and rewarding it with more money, early visa-free travel and progress in its EU membership negotiations.