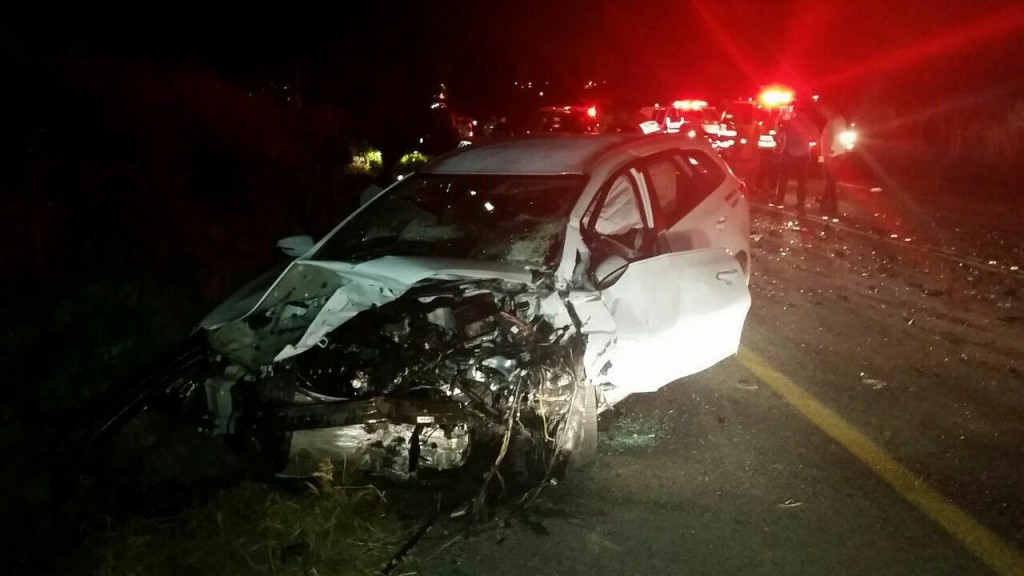 Eight people were injured in a serious car accident that took place on Road 44, outside of Moshav Pedayah, late Thursday night. United Hatzalah volunteers from the Beit Shemesh chapter who arrived first on the scene treated eight injured people, in various conditions.

Eli Pollack, a volunteer medic with United Hatzalah, said, “When I arrived at the scene I found a very troubling scene involving a major accident between two vehicles. Together with other volunteers from United Hatzalah, I provided first-aid treatment to eight injured individuals, one of them an infant. The individuals were in various conditions and suffered a wide variety of injuries.”

Police are investigating the cause of the accident.

In another incident Thursday night, a chassan at his own wedding in Bnei Brak, broke his hand in a fall during the dancing. The wedding was held in the Armonot Chen wedding hall.

Yehuda Yoskovitz from the United Hatzalah ambucycle unit in Bnei Brak said that “when I arrived at the scene I found the chassan suffering from a broken hand after he fell from a height when the dancers were carrying him on their shoulders.”

After initial treatment at the hall, the chassan was taken to the Maayanei Hayeshuah hospital. He was, b’chasdei Shamayim, released quickly so that he could return to the wedding.

In light of numerous similar incidents in the past months, doctors and medical staff call on the public to abide by appropriate safety measures in order to avoid tragedies that, chalilah, occur during happy occasions.