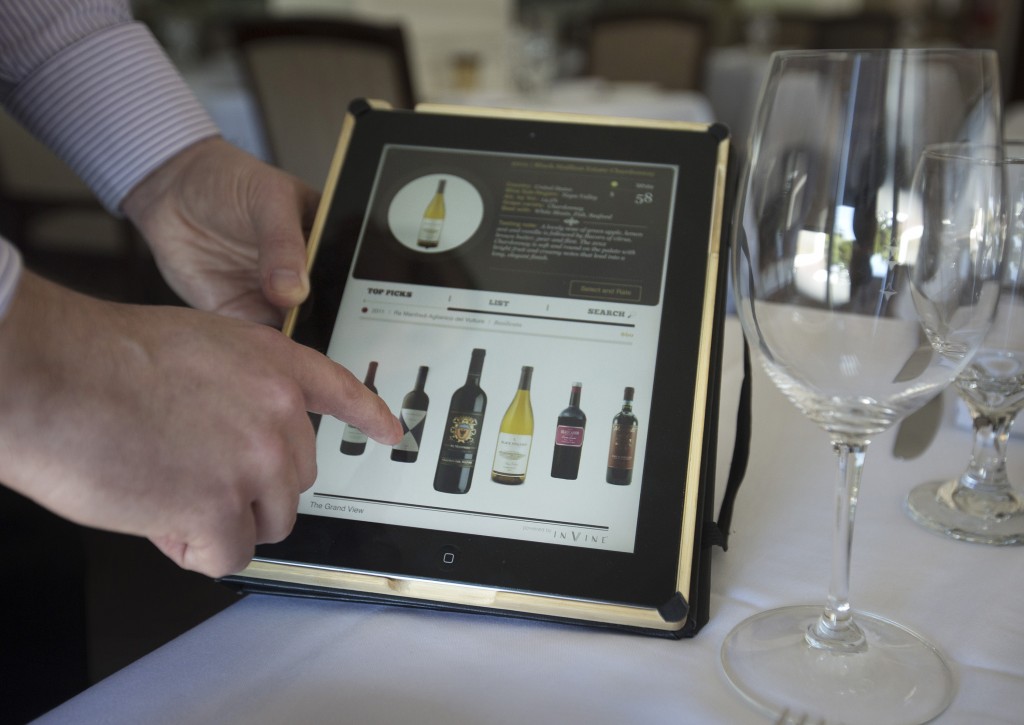 Apple has often touted the millions of consumers who have switched from Windows PCs to Macs and from Android devices to iPhones.

But there’s another, growing group of customers who are switching to Apple devices that the company hasn’t talked a lot about — owners of restaurants and retail stores.

Giuseppe Carrubba is one of them. About two years ago, he replaced all the cash registers in the three restaurants and nine cafes he and his brother own in the Bay Area with iPads.

His only regret? “Not switching three years earlier,” said Carruba. “It would have saved me a lot of time and a lot of stress.”

Carruba is among the thousands of business owners, small, medium and large who are ditching old-style push-button cash registers and even newer touch screen-based ones for iPads.

The iPad has “completely revolutionized that market,” said Rhoda Alexander, director of tablet and notebook research at IHS Technology, a consulting firm.

Startup companies have been designing applications that allow the iPad to be used as a sales system since soon after the first one hit store shelves in 2010. But the use of the device in restaurants and retailers has been gaining increasing momentum.

Actual numbers in use are hard to come by, but it’s becoming more and more common to see them being used in both small and large stores. The Waffle House restaurant chain, for example, has rolled out an iPad-based cash register system at hundreds of its locations around the country.

Companies that design the apps that allow the iPads to be used as sales systems say that the numbers in use have been growing at exponential rates. For example, the number of iPads running a sales system from Revel, a San Francisco startup, grew 300 percent last year, and the company is shipping out about 1,600 iPads with their software pre-installed each month, said Chris Ciabarra, the company’s chief technology officer.

“Every month it increases,” he said.

Companies that offer iPad and tablet-based sales systems typically include several components. There’s usually an app that can be used to take orders or ring up purchases. The systems usually include a cloud service that stores and analyzes sales data and makes it accessible on multiple devices. And the companies often offer directly or through partners accessories like cash drawers, receipt printers, countertop stands, credit card readers and cases that allow the iPads to duplicate the features of traditional cash registers.

The companies generally charge a monthly per device fee to business owners who use their services. Some sell iPads directly to customers, while others direct them to Apple’s stores and other electronics outlets.

Although some companies also offer apps and services for Android or even Windows devices, iPads tend to be the most popular among both businesses and vendors. They’re generally easier to support than rival devices, because there are fewer models to worry about and they’re sold in so many different places, said Alex Barrotti, CEO of New York-based TouchBistro, which offers another iPad-based sales service.

The growing popularity of the iPad as a sales system for retailers and restaurants comes as Apple’s tablet business has been struggling. Apple sold 16.1 million iPads in its most recent quarter, which was the lowest total for a holiday quarter since 2012. It also represented the eighth straight quarter in which its sales have fallen from the same period a year earlier.

The systems aren’t perfect. Laura Rodriguez, general manager at San Jose’s 71 Saint Peter restaurant said she’s been having some trouble getting sales reports after hours from the credit card provider that works with her system, which was designed by TouchBistro. Blackwell said one frustration he’s had is that he can’t connect more than one iPad at a time to his receipt printer or cash drawer.

But on the whole, both are more than happy they ditched their old systems.

“Once we got switched over it was like, ‘Oh my goodness, why couldn’t we have done this in the past?’ ” Blackwell said.