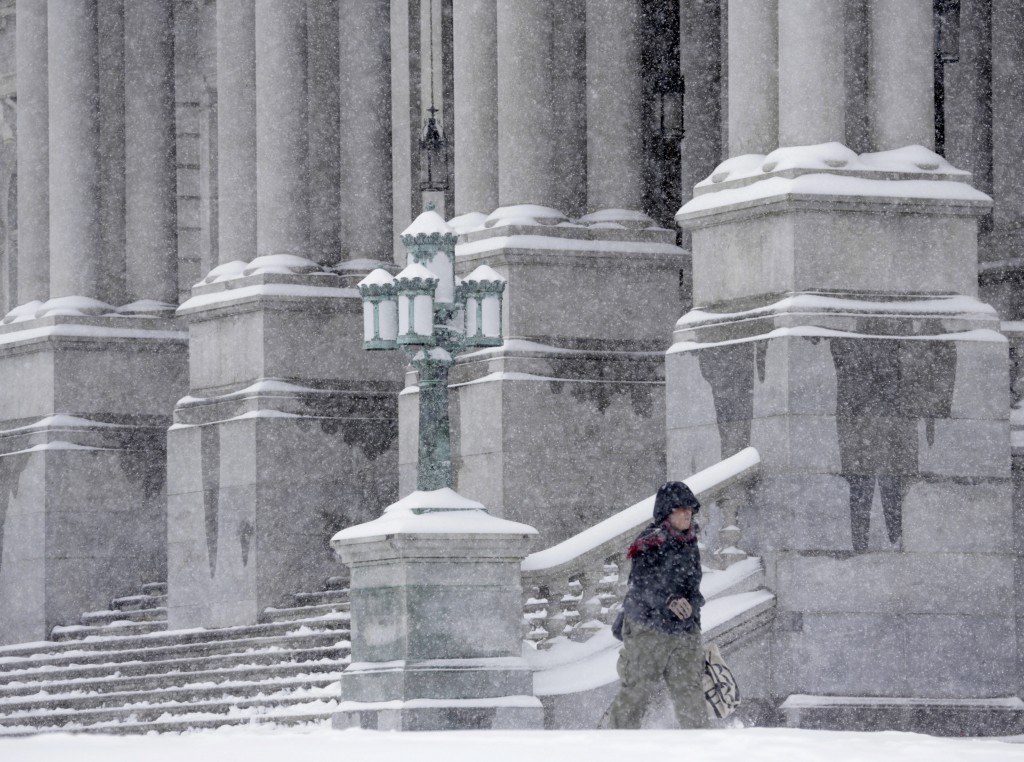 An early spring cold front brought snow and gusty winds to upstate New York Sunday night into Monday afternoon after the region had one of its mildest winters on record.

The National Weather Service issued winter weather advisories from the Buffalo area to Albany, effective until Monday afternoon. Up to 5 inches of snow has fallen in western areas of the state, where forecasters are calling for up to 10 inches.

Wind gusts of up to 30 mph have been reported in western New York.

Authorities are blaming white-out conditions for a multi-vehicle crash that occurred on I-88 in Otsego County on Sunday afternoon. A tour bus, three tractor-trailers and eight passenger vehicles were involved in the pileup in westbound lanes in the town of Maryland. Only minor injuries were reported.