National At The TSA Academy, Lessons Are Hands-On Because the Stakes Are High
National 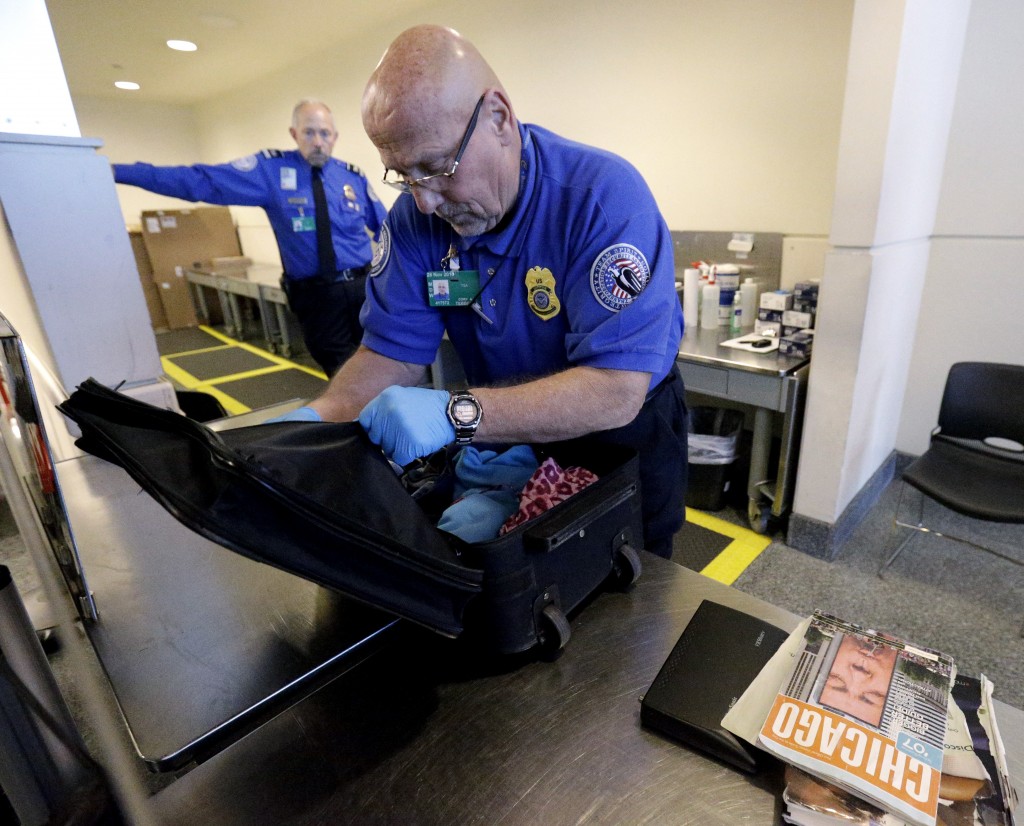 A passenger approaches her. Yanking the handle of his bag, he throws her an annoyed look.

“I’m late for my flight,” he said, slamming his suitcase on the conveyer belt. When Fehr holds up her palm, signaling him to wait, he huffs, then raises his fist.

For the next several hours, this sometimes tense interaction between passenger and officer plays out over and over again. It will be a critical test of Fehr’s ability to maintain her cool in a stressful situation. It also is a glimpse at the Transportation Security Administration’s new strategy for ensuring its officers are prepared for the rigors of the job.

This exercise – at a mock security checkpoint set up on a former Navy base in Georgia – is just one element of the TSA Academy, an ambitious effort by Transportation Security Administrator Peter V. Neffenger to rethink the way front-line officers are trained. The hope is that by offering new recruits two weeks to focus on nothing but their jobs, the agency will be able to turn out officers who are more professional and have a common understanding of and grounding in their mission.

The academy is Neffenger’s response to several incidents last year that raised questions about the professionalism and effectiveness of his officers. The agency faced withering criticism after an inspector general’s draft report found that undercover security agents carrying illegal weapons or simulated bombs were able to penetrate airport security in 95 percent of the attempts they made. There also have been embarrassing reports of improper – and sometimes illegal – behavior by TSA agents.

Neffenger, who became TSA administrator last June, was tasked with fixing the problems.

The training change also comes at a time of heightened awareness following the terrorist bombings at the Brussels airport and metro system, which killed at least 34 people and injured hundreds of others.

“The TSA Academy offers all new TSO hires a common basic training program and an environment to set foundational culture for TSA,” Neffenger said in an emailed statement. “Moreover, this investment will serve to improve performance and morale, foster an environment of growth and development, and develop future leaders.”

The program replaces what some say was a haphazard approach to training TSOs (officials prefer they not be called “screeners”) in which officers took online courses and did 60 hours of on-the-job training at their home airports before they were considered ready.

Recruits will now be taught in classrooms, see demonstrations and participate in hands-on exercises.

Here, on the grassy campus of the Federal Law Enforcement Training Center’s main facility, nine days of training include threat mitigation and instruction in how to conduct a proper pat-down.

The $12 million program was launched in January, with the goal to train more than 5,400 new TSOs by September. It is open only to new hires, but the hope is to eventually offer supplemental training to the thousands of TSOs working in U.S. airports.

There are no guarantees that all who come to the academy will make it out.

“This is not a rubber-stamp program,” TSA spokesman Michael England said.

It’s late afternoon, and there’s a slight breeze in the air as a half-dozen buses pull up and TSO hopefuls begin filing out. It is a diverse group – in age and ethnicity. As they exit the bus, an instructor hands each recruit a pair of orange foam earplugs. Things are about to get loud.

Bill Morgan, a TSA instructor and explosives expert, directs them to a set of metal bleachers situated beneath a high roof. From that vantage point they can take in the vast, green field where an explosives demonstration will take place. The nearly 200 students have spent the past several days learning how to “see” and detect suspicious materials that someone might try to get through a checkpoint. Now they’ll see what might happen if they mess up and let some slip through.

Morgan opens with a warning.

Morgan stands in front of a low table. On top is an assortment of powders, liquids and triggers.

“Everything on this table is live,” he tells the group.

For the next 45 minutes he walks the recruits through the properties of the various materials. Some explode but produce no smoke; others produce thick, black clouds.

The ground shakes as a spot near the marker explodes. Black smoke fills the air.

“Did you see that fireball?” he said. “It was very low to the ground.”

The explosions get louder and more destructive as the demonstration goes on. But this is more than just a chance to blow things up. Students may not realize it, but they’re learning how to read smoke. In a real-life situation, understanding whether they see a fireball might help investigators determine what type of material was used.

“We’re trying to reinforce why it’s important – why we don’t want this stuff to get by,” Morgan said.

The next day, in another area of the vast campus, formerly home to naval airships, sits another group of recruits. TSA instructor Shawn Weeks Freeman, a former flight attendant who survived an explosion aboard a Honolulu-bound Pan Am flight in 1982, is one of two people walking the group through how to spot potential hazards, as items move through an X-ray system.

Students may be confident they’ll be able to spot the items, but in just a few minutes Freeman demonstrates how items such as the initiators used to trigger an explosion – perfectly visible when held in a hand – “disappear” when they go through an X-ray machine.

“Now you know how hard it can be to find these things,” she said.

In another building where mock checkpoints have been constructed, Fehr managed to hold her own amid the steady onslaught of humanity that was sent her way: a confused mom with a baby in a sling, an obnoxious airport employee who forgot his ID demanding to be allowed through, and an 88-year-old man who left his hearing aid at home.

Asked afterward about her secret for staying calm, she said, “I used to work as a corrections officer.”

The setup in the room is so realistic, one almost has the urge to pull out an ID and boarding pass.

Trainees will spend several days here rotating through 12 positions. Some will take on the role of travelers, who are either given a pre-packed suitcase from one of several metal racks that line the walls of the room or a white index card that instructs them to act out particular scenarios – from the oh-so-common “I’m going to miss my flight” to the confused but well-meaning foreign traveler.

With all the people milling around it’s not difficult to see how easy it could be to get distracted. But instructor Diego Vivar is careful to keep his charges on track.

Trainee Keith Hearn is playing the role of a passenger who has been pulled aside for a pat-down. As a visibly nervous classmate begins the process, Vivar gently walks the man through the steps.

“Don’t go anywhere,” he said as the officer is momentarily distracted by a commotion in front of him. “You have to advise him of what you’re going to do. Remind him to keep his eyes on his bag.”

Hearn tosses a bit of whining into his role as passenger.

“My arms are getting tired,” he said. “How much longer?”

When it comes time to swab Hearn’s hand for possible explosives residue, Vivar watches with a keen eye. Afterward he takes the trainee aside and gently explains how he could do it more cleanly and quickly the next time.

After more than a week of training, Hearn, who is from Sarasota, Florida, said it was at times overwhelming. But he is feeling good about what he’s learned.

“It’s a lot in a short amount of time, but it’s helping me,” he said. Any second thoughts given the recent events in Brussels? Hearn shakes his head.

If anything, recent news events appear to have only strengthened some recruits’ resolve.

“It makes you really think about what you’re doing and how you can’t lose your focus,” said Alfonzo Gonzales.

Added trainee SanDee Knowles: “You realize what’s out there and that it can happen anywhere.”