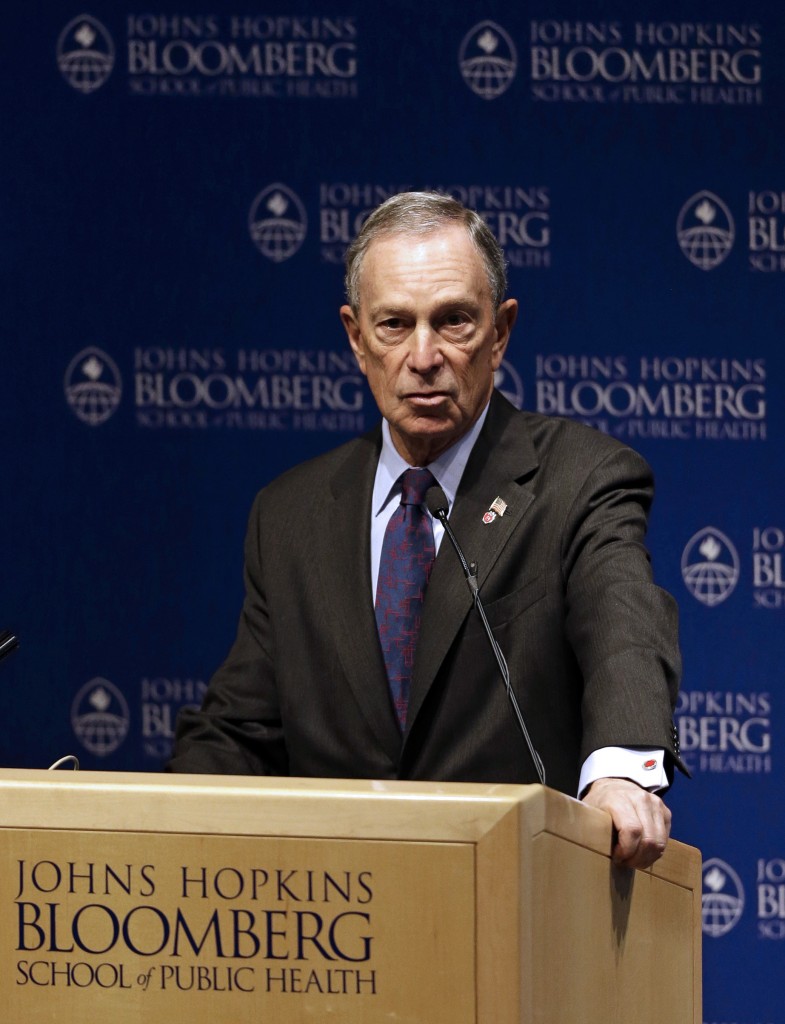 Research into immunotherapy, which cancer experts are calling the most promising approach in decades, will get a big boost Tuesday when Michael Bloomberg and other philanthropists announce $125 million in donations to Johns Hopkins University for an institute focused solely on the therapy and accelerated breakthroughs for patients.

Michael Bloomberg, the businessman, philanthropist and former New York City mayor, will donate $50 million, as will Sidney Kimmel, a philanthropist and founder of Jones Apparel Group. The institute, to be housed at the Sidney Kimmel Comprehensive Cancer Center, will draw on experts in cancer, immunology, genetics, microbiology and biomedical engineering to pursue advances, Hopkins officials said.

Immune therapy aims to harness a patient’s immune system to seek out and attack cancer. Although there is “no magic bullet” to defeat the disease, Bloomberg said in an interview that the therapy “seems to have enormous potential … This really may have the possibility for a unique ‘eureka’ moment.”

He said he expects that the contributions will provide momentum to the Obama administration’s cancer “moonshot” initiative, which Vice President Joe Biden is heading. “If some people are willing to put in their own money, it will make it more credible,” Bloomberg said.

President Barack Obama announced the administration effort in January and proposed spending $1 billion on it, but Congress has not approved the bulk of the money.

Hopkins President Ronald Daniels said the institute will allow Hopkins scientists to “dream big.” Yet he also acknowledged that the war on cancer has been rife with disappointments and that scientists have a long way to go in unraveling all the mysteries surrounding immune therapy, including why it succeeds in only a minority of patients.

“There’s proof of concept here,” Daniels said. “We have these truly extraordinary results in a group of patients that are so-called responders. But there are still question marks about the patients who are not responding.”

Scientists have studied immunotherapy for decades but had trouble making it work. The immune system seemed unable to see the cancer as foreign, or inexplicably refrained from attacking malignancies.

In recent years, though, discoveries have led to a new class of drugs called “checkpoint inhibitors,” which have mobilized the immune system to see and go after cancer. Former president Jimmy Carter, who was diagnosed last year with melanoma that had spread to his brain, announced this month that the double whammy of an immune therapy drug and radiation was so successful that he was stopping treatment.

Cancer Center Director William Nelson said the institute would tackle some of the most pressing issues surrounding immune therapy: Why do only 20 to 30 percent of patients respond to the approach? How can genomic sequencing be used to improve the response? Why do some people with certain DNA defects respond better to treatment?

A team of Hopkins researchers has long been involved in immunotherapy research, including pioneering clinical trials. Daniels said he approached Bloomberg in November after becoming concerned that members of the group would be picked off by other institutions if Hopkins did not provide additional funding for their work. Bloomberg agreed to help fund an initiative and contacted Kimmel.

That team includes Drew Pardoll, a researcher known for discoveries related to three types of white blood cells, and his wife, Suzanne Topalian, a prominent melanoma researcher. Pardoll will head the institute, which will be called the Bloomberg-Kimmel Institute for Cancer Immunotherapy and will focus on melanoma, colon, pancreatic, urologic, lung, and other cancers.

Funding will be used primarily for research but also to recruit scientists and develop the infrastructure needed to produce the cellular materials for investigations.

Three checkpoint inhibitor drugs have been approved by the Food and Drug Administration. Researchers are eager to develop more such drugs and see whether they can boost their effectiveness by using them in combination with other treatments, such as chemotherapy and radiation.

Bloomberg, who graduated from Hopkins in 1964, and Kimmel have a history of giving to the university. Bloomberg has provided more than $1.2 billion, contributing to a school of public health, a physics building, a malaria institute and need-based financial aid programs. Since 2001, Kimmel has contributed more than $157 million to Hopkins.

Their latest philanthropy will be lauded Tuesday by Biden as he attends the official announcement in Baltimore. “This is exactly the kind of project I’ve been advocating for in my travels around the country and the world,” Biden said in a statement Monday.