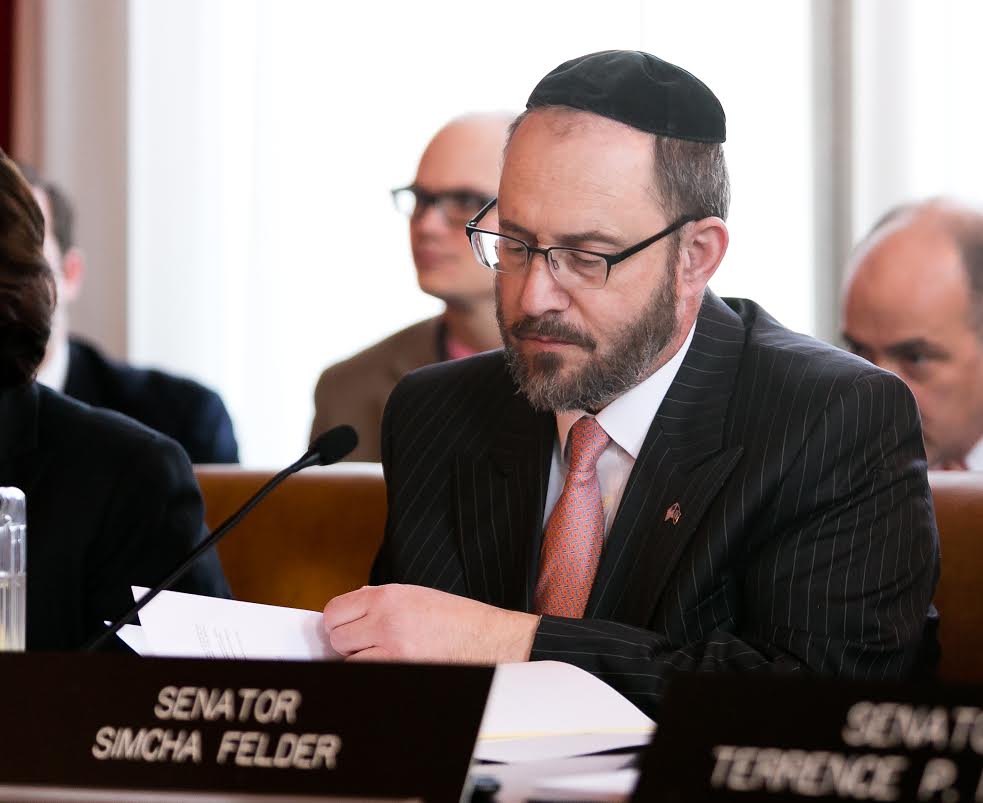 New York State Sen. Simcha Felder is warning New Yorkers to be wary of a new telephone credit-card scam in which people are giving up the three-digit security code on the back of their credit cards.

According to a press release issued by Felder’s office on Tuesday detailing the scam, “Perpetrators of the new Visa/Mastercard con are phoning people and providing them with detailed information about their credit, creating the appearance of genuine representatives of the credit card companies.”

The scam artists have already obtained all the information about the unsuspecting victim’s account, except the security code. The caller tells the victim that he is from the Security and Fraud Department at VISA or MasterCard. The caller then says that your card has been flagged for unusual activity.

“They provide you with detailed information from your card and bank and then ask if you have purchased an expensive item or service from a place you don’t recognize and/or a location you haven’t visited,” said Felder’s press release. “When you deny the validity of the purchase, you are told that a credit is being issued to your account.”

“Scam artists have become more sophisticated than ever,” said Sen. Felder. “That’s why all of us must remain vigilant to protect ourselves from being defrauded. If you believe you have been the victim of credit card fraud, first call the credit card company who will advise you of next steps, and then report the matter to your local police department.”