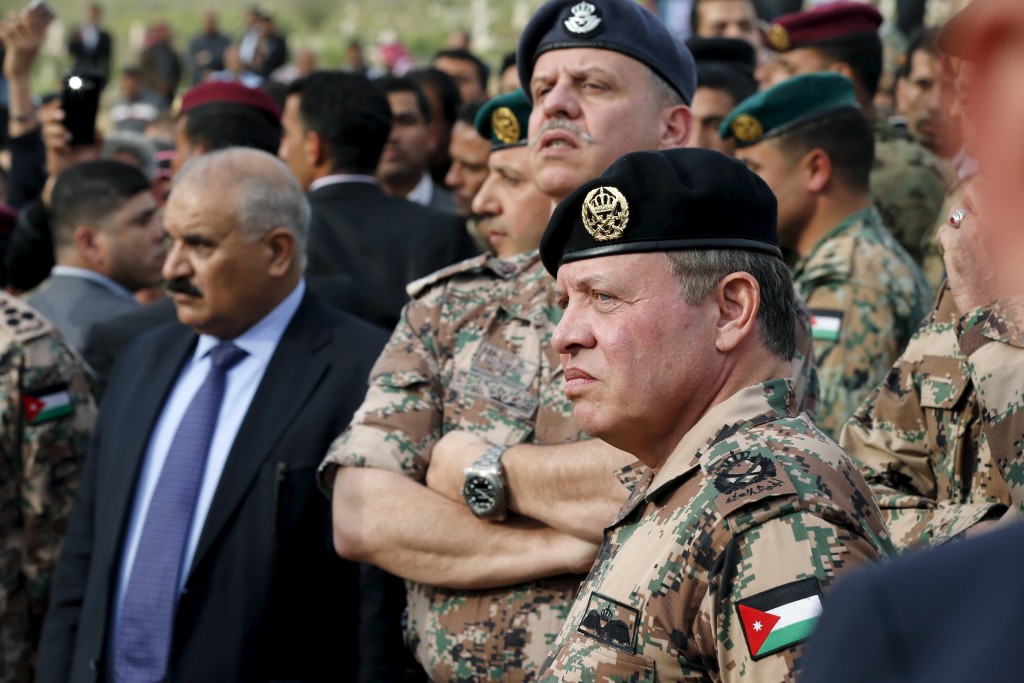 In a closed-door meeting with U.S. politicians in January, Jordan’s King Abdullah II apparently heaped criticism on Turkey, accusing its government of enabling the infiltration of Islamist terrorists into Europe and encouraging a “radical Islamic solution” to the crises in the Middle East.

To an audience that is said to have included Sens. John McCain, Bob Corker, Mitch McConnell and Harry Reid, the Jordanian king supposedly claimed that Turkey was helping the Islamic State illicitly export oil and stoking the European refugee crisis to gain leverage over the European Union.

“The fact that terrorists are going to Europe is part of Turkish policy and Turkey keeps on getting a slap on the hand, but they are let off the hook,” he said.

Details of the meeting, which took place on Jan. 11, were revealed by the Middle East Eye website over the weekend.

These private remarks fly in the face of official Jordanian-Turkish relations. The two countries are allies. Just this weekend, Turkish Prime Minister Ahmet Davutoglu met with Abdullah in Amman and hailed the “very beautiful successes” of the relationship. The prime minister was expected to sign about 10 agreements with Jordan on matters of trade and economic cooperation.

“There is no problem with bilateral relations between Turkey and Jordan,” Davutoglu insisted.

“Turkey-Jordan relations are historic and based on mutual respect principle,” he told Turkey’s state-run Anadolu News Agency. “This kind of news is devoid of the minimum of vocational professionalism.”

Abdullah’s reported comments paint a rather different picture and echo criticisms leveled at Ankara more often by geopolitical adversaries in Damascus and Moscow.

“According to a detailed account of the meeting seen by MEE, the king went on to explain what he thought was the motivation of Turkey’s president, Recep Tayyip Erdogan.

“Abdullah said that Erdogan believed in a ‘radical Islamic solution to the region.’

“He repeated: ‘Turkey sought a religious solution to Syria, while we are looking at moderate elements in the south, and Jordan pushed for a third option that would not allow a religious option.’

“The king presented Turkey as part of a strategic challenge to the world.

“‘We keep being forced to tackle tactical problems against ISIL [the Islamic State group] but not the strategic issue. We forget the issue [of] the Turks who are not with us on this strategically.’

“He claimed that Turkey had not only supported religious groups in Syria, and was letting foreign fighters in, but had also been helping Islamist militias in Libya and Somalia.

“Abdullah claimed that ‘radicalization was being manufactured in Turkey’ and asked the U.S. senators why the Turks were training the Somali army.”

Turkish officials are now almost routinely compelled to reject accusations of this sort. They point to the hideous toll their country has recently suffered at the hands of terrorism — including attacks by Islamic State terrorists and the ravages of an ongoing Kurdish insurgency.

They also, justifiably, complain about the burden of accommodating a vast influx of Syrian refugees in the country since the conflict across Turkey’s southern border first flared in 2011. In his private remarks to Congress, though, Abdullah argued that Jordan faced “a bigger problem proportionally.”

According to the latest U.N. data, there are more than 2.7 million refugees in Turkey, which has a population of more than 70 million people. In Jordan, there are about 636,000 Syrian refugees, taking sanctuary in a country whose population is a fraction of the size of the Turkish one.

The European Union struck a deal with Turkey this month under which many migrants and refugees who crossed the Aegean Sea to reach Europe would be returned to Turkish shores; Ankara would receive billions of dollars in EU funds and other economic incentives.

On the thornier question of how to deal with the security threat posed by the Islamic State, as well as the war against Syrian President Bashar Assad, Jordan and Turkey have largely been on the same side. Both countries have conducted airstrikes against Islamic State positions in parts of Syria. Both have condemned the Assad regime’s violence against its own citizens and were disturbed by the Russian military intervention in Syria on the regime’s behalf.

“The king’s statements and accusations against Turkey are not the first,” Galip Dalay, senior associate fellow on Turkey and Kurdish Affairs at the Al Jazeera Center for Studies, told the Middle East Eye. “Unfortunately, all of his allegations are the same as the slanders frequently expressed by the Assad regime.”