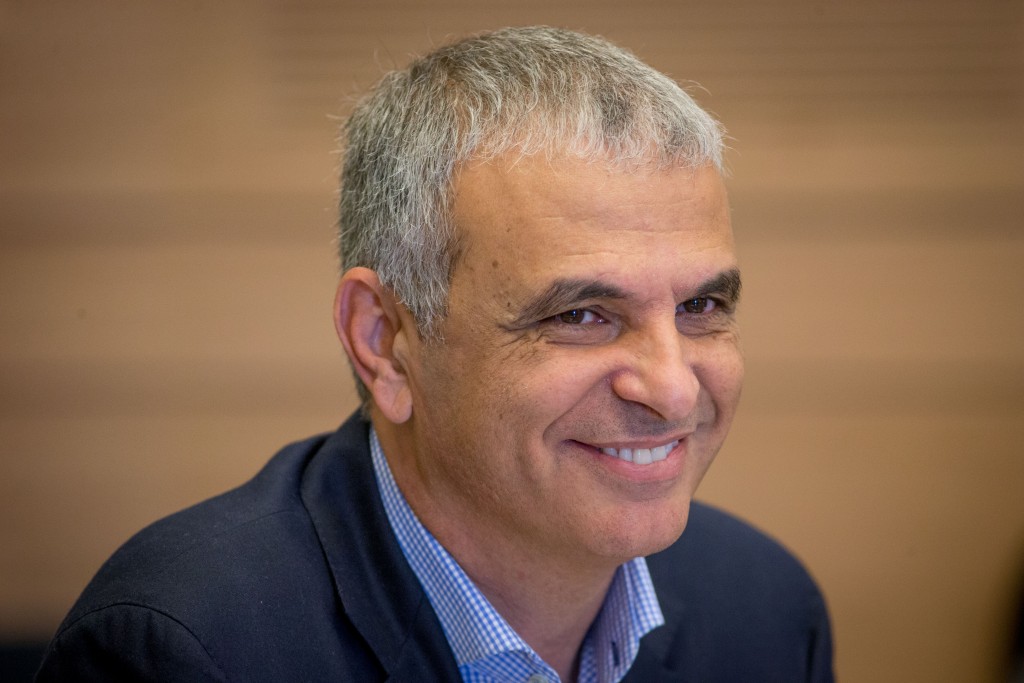 Israelis invented advanced missile interceptors and some of the world’s top treatments for cancer. Yet when it comes to the mundane task of building affordable housing, this nation of scientists and software engineers hasn’t quite cracked the code.

Finance Minister Moshe Kahlon’s political future may rest on whether he can do just that.

As he approaches a year in office, Kahlon’s moves to streamline the construction process and increase supply have bumped against the hard data of prices that have more than doubled in less than a decade, including a 7.8 percent increase in 2015. Economists say his proposed deep-tissue changes won’t show results for years, and critics say some of his short-term measures are counterproductive.

The tendency for Israeli governments to collapse mid-term may rob him of the time he’ll need to see his signature issue through.

“We call ourselves Startup Nation, but we are stuck with a shortage of 100,000 apartments,” said Housing Minister Yoav Gallant, a member of Kahlon’s Kulanu party, who ceded some of his ministry’s powers to the finance ministry in a bid to get things moving. “We should be capable of solving this issue.”

Kahlon, who won a political following by slashing cellphone-service costs in a previous government, declined multiple requests for an interview.

Home prices have been a source of political concern since they sparked a summer of mass protests in 2011, followed by a series of government steps to lower the cost of living. Today, a modest, three-bedroom apartment in the Tel Aviv area, Israel’s biggest population center, averages 2.84 million shekels ($740,000). The average nationwide is $360,000, according to government data. The Bank of Israel’s low benchmark rate, near zero for more than a year now, has been a major driver of the price surge.

For years, the number of families looking to buy apartments exceeded housing starts by thousands of units, leading to a cumulative shortage of more than 100,000, according to Avigdor Itzchaky, Kahlon’s housing czar. This year’s target for new housing starts is 60,000, up 26 percent from 2015, he said.

The government administers more than 90 percent of Israel’s land, and the tangled bureaucratic process of releasing parcels and approving construction means it can take 13 years to build a new house in Israel, more than twice the OECD average. One of Kahlon’s conditions for taking the finance minister’s job was to consolidate the various housing-related agencies spread across multiple authorities under his control. Only then could he chop that timeline to increase supply, he reasoned.

Shay Pauzner, vice-president of the Builders Association of Israel, lauded Kahlon for bringing the various agencies under one roof. “This is the first time the government is really admitting that it’s part of the housing problem and so it must fix it,” he said.

So far, though, the building data are underwhelming: Housing starts crept up 3.9 percent in 2015, while completions fell 2.8 percent.

As Kahlon waits for longer-term supply measures to percolate, he’s taken short-term steps. Last year he raised taxes on investment properties and ramped up a land-subsidization program for first-time homebuyers to sell as many as 90,000 apartments at below-market prices through 2017, according to Itzchaky.

Pauzner said the subsidy program was driving up prices for people looking to upgrade homes.

“These are populist, short-term measures that don’t take care of the core issues,” said Michael Sarel, a former Finance Ministry chief economist, pointing out that subsidized housing is coming off future government budgets. “Raising taxes on investors simply reduces the number of rental apartments, which hurts the middle and lower classes as well,” said Sarel, who now heads the Kohelet Economic Forum, a research center.

Another Kahlon attempt to speed building, by importing foreign construction workers to beef up thin local ranks, ran into union opposition and other hurdles. He’s trying to skirt that by wooing foreign companies, which by law can bring in up to 1,000 workers each.

So far no foreign companies have publicly stepped forward.

While many ambitious Israeli politicians seek the coveted defense or foreign ministries and see finance as political quicksand, Kahlon, the son of poor Libyan immigrants, set his sights precisely on that job, hoping to make his mark as a pocketbook politician.

But with no quick housing fix at hand, Kulanu is losing popularity in opinion polls. A recent survey showed his party shrinking to seven of the Knesset’s 120 lawmakers, down from its current 10, if elections were held today.

Because some of Kahlon’s structural reforms may take time to pay off, their success will depend in large part on the government’s ability to survive, said Eran Vigoda-Gadot, a political-science professor at the University of Haifa.

“The big question for him is how long the government can hold up,” he said. “The longer it’s in place, the better.”