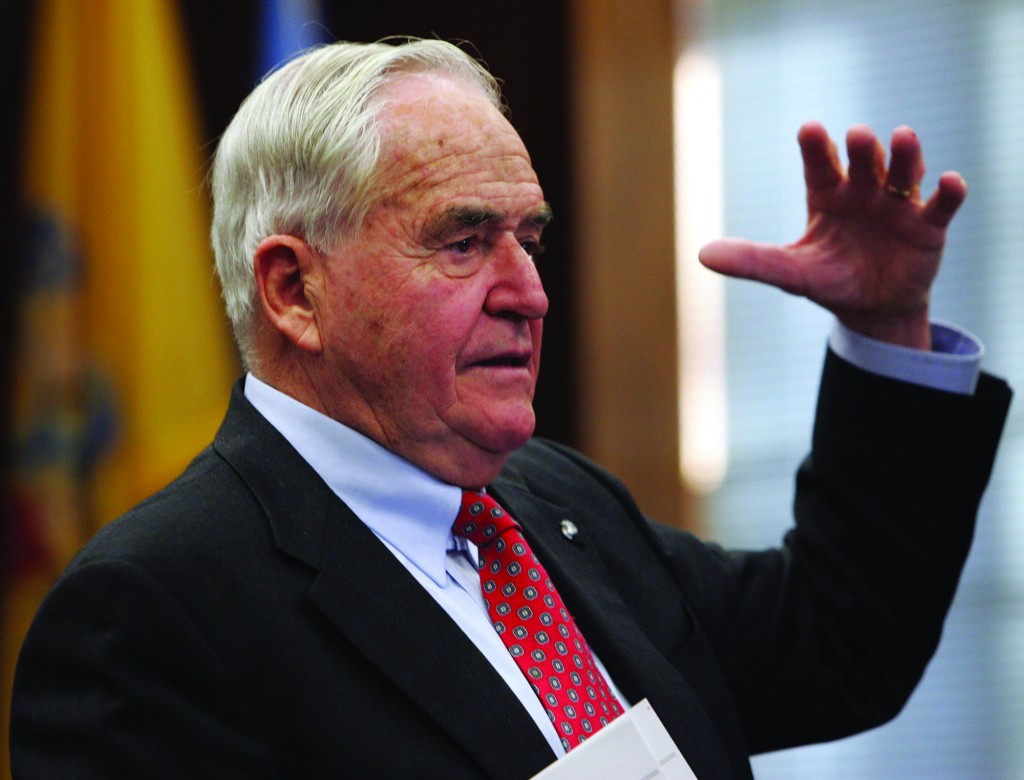 Toms River has implemented a law aimed at putting an end to what many of its residents and leaders labeled overly aggressive tactics by realtors. Some observers see the measure as part of a campaign to block an increasing migration by members of the neighboring Orthodox community of Lakewood. Against this backdrop, tensions have simmered over comments made by Toms River Mayor Thomas Kelaher.

In an interview with Bloomberg News Service regarding the recent influx and his town’s reaction to it, Kelaher was quoted as saying, “It’s like an invasion. It’s the old throwback to the 1960s, when blockbusting happened in Philadelphia and Chicago with the African-American community — ‘I want to buy your house. You’ll be sorry if you don’t [sell it to me].”

In the wake of its publication, Lakewood mayor Menashe Miller penned an open letter expressing deep offense over the use of the term “invasion,” which he said implied a takeover by a malicious group, and demanded an apology.

Rabbi Moshe Zev Weisberg, a prominent Lakewood askan, said that, based on his experience with Kehaler in the past, he did not believe that his statement, nor other actions aimed at limiting Jewish buyers in the community, was motivated by anti-Semitism, but by “populism.”

“He’s pandering to what he thinks will work well for him politically,” he said.

He said that aside from the comments themselves, the mayor’s encouragement of “Toms River Strong,” a grassroots movement discouraging residents from putting their homes on the market despite rising values, was “troubling.”

“Toms River Strong is being encouraged from the top; he’s giving them a platform,” said Rabbi Schnall. “He called a town meeting about this, not about crime or any other problems. This shows where his priorities are.”

Mayor Kehaler’s office declined a request from Hamodia for an interview.

Rabbi Weisberg said that while he felt Toms River’s “No Knock” ordinance — which restricts realtors from soliciting home sales — was an overreaction, he said he was “disappointed” that the behavior of some “overly aggressive” agents in the Lakewood community had led residents of the town to feel it was necessary.

“We have to be very careful to deal with our neighbors in a pleasant way. They are also entitled to quality of life,” he said. “People have the right to live wherever they want, but we have to work in a positive way.”

Asher Zeilig Brodt of Lakewood’s Imperial Realty company said that the new law would have very little effect on his business in Toms River, as listings come from residents in the town who contact his organization directly, without solicitation.

“We are being very sensitive, and understand that people want to save their homes — we are not here to throw them out,” he said. “We are not out to change anybody’s life or mentality. People are buying because they want a nice-sized piece of property and to enjoy the life they same way as they are.”