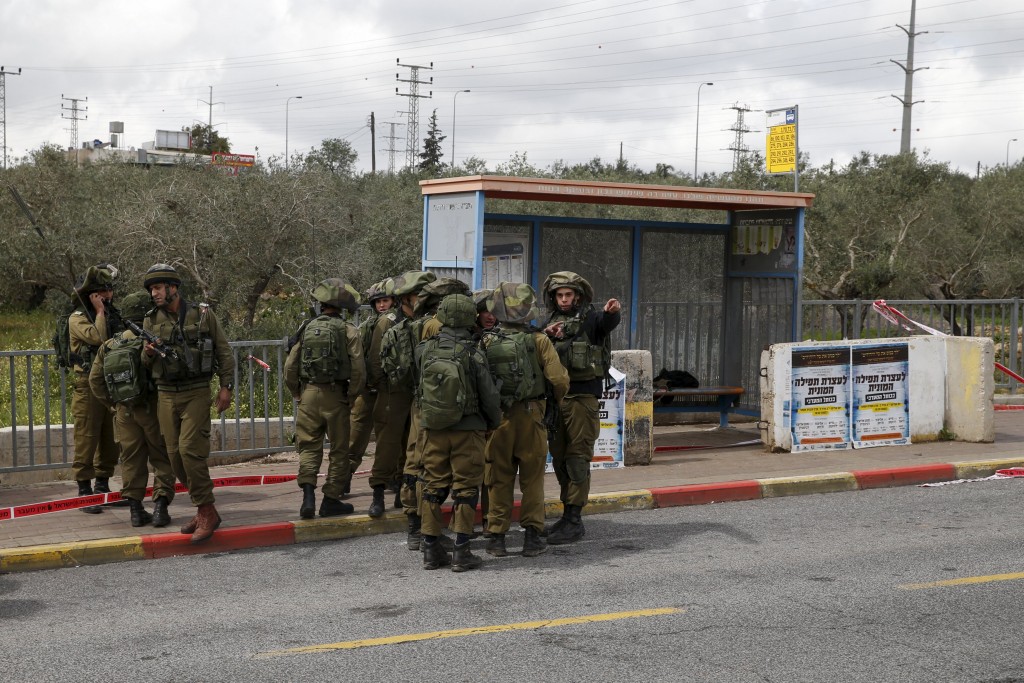 IDF soldiers shot and neutralized two terrorists who stabbed an Israeli outside the Shomron town of Ariel Thursday morning. The terrorists approached the 19-year-old Israeli as she got off a bus outside the town. Security officials said the two terrorists died a short time later of their wounds.

The Israeli victim was seriously wounded in the incident and taken to a Petach Tikvah hospital for treatment. An investigation into how the Arabs planned and carried out the attack has been initiated.

On Wednesday morning, Border Police prevented a terror attack from taking place when they caught an Arab youth who was attempting to pass through a checkpoint from the Shuafat refugee camp into the village of Shuafat, from where he planned to travel to a Jewish neighborhood of the city  and carry out a stabbing attack.

The 14-year-old was observed behaving suspiciously as he attempted to pass through the gate where workers pass in order to get to their jobs. Border Police detained and searched the youth and found that he was carrying a large knife. Under questioning, he said he had planned to stab Jews. Officials praised the work of the Border Police, saying that “they operate at all times at a high level of preparedness, and that the effectiveness of their work is proven to us daily.”