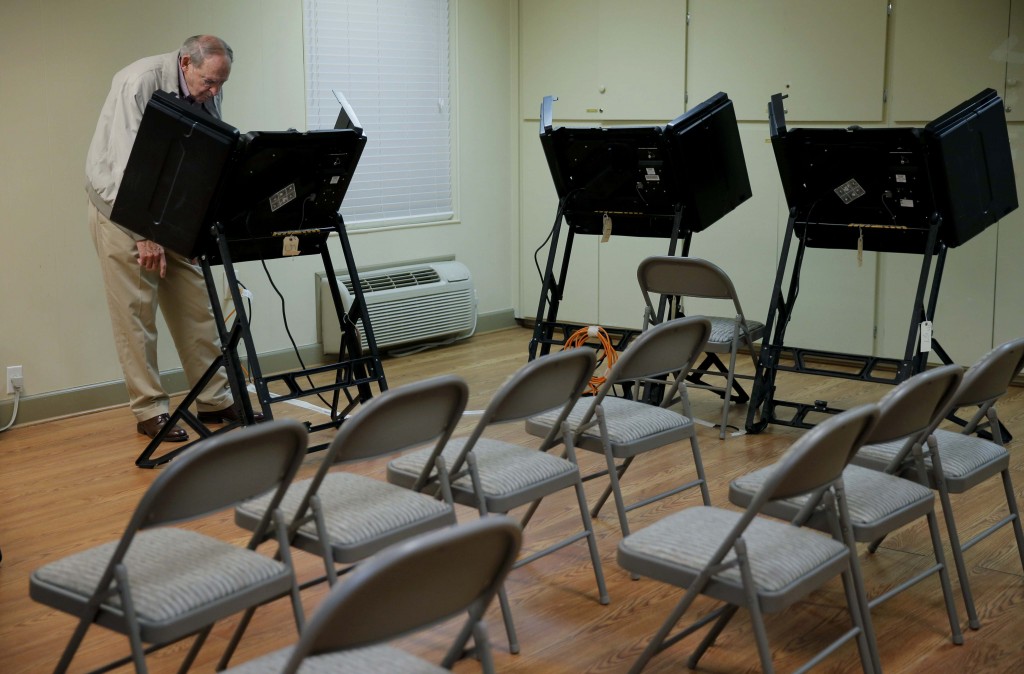 Republicans Marco Rubio and John Kasich are fighting for their political futures Tuesday, desperate for wins in their home states of Florida and Ohio to keep their White House hopes alive and complicate Donald Trump’s path to the nomination. Democratic front-runner Hillary Clinton is hoping to keep rival Bernie Sanders from building new momentum in the Midwest.

With more delegates up for grabs than almost any other day in the primary calendar, Tuesday’s contests afford Trump and Clinton the chance to put their parties’ nominations out of sight for their competitors. While Florida and Ohio are the biggest prizes, Missouri, Illinois and North Carolina are also awarding a cache of delegates.

Trump enters Tuesday’s primaries embroiled in one of the biggest controversies of his contentious campaign. The GOP front-runner has encouraged supporters to physically confront protesters at his events and is now facing criticism for encouraging violence after skirmishes broke out at a rally last week in Chicago.

During an event Monday in Tampa, Trump was interrupted intermittently by protesters, some of whom were forcibly removed. Trump said he didn’t want to “ruin somebody’s life, but do we prosecute somebody like that?”

The vibes at Trump’s events have deepened the angst over his candidacy in some Republican circles. Rubio and Kasich have suggested they might not be able to support Trump if he’s the nominee, an extraordinary stance for intraparty rivals. House Speaker Paul Ryan has also taken lightly veiled shots at the businessman, who has denied playing any role in encouraging violence against protesters.

“I think the candidates need to take responsibility for the environment at their events,” Ryan said during an interview Monday with WRJN, a radio station in Racine, Wisconsin. “There is never an excuse for condoning violence, or even a culture that presupposes it.”

Heading into Tuesday, Kasich appeared to have the best chance of defeating Trump. The governor spent Monday campaigning in his home state alongside Mitt Romney, the 2012 Republican nominee and a fierce critic of Trump.

“This is the guy Ohio has to vote for, and America’s counting on you,” Romney told the crowd at a Kasich event in North Canton. While Romney has not endorsed Kasich, he’s said he’ll do whatever is needed to help all of Trump’s rivals.

Rubio, despite having the backing of numerous GOP elected officials, appears to have slipped in recent public polls in Florida. The senator tried to stay upbeat Monday, perhaps his final full day of campaigning in the 2016 race.

“Tomorrow’s the day where we are going to shock the country,” Rubio said during a stop in Jacksonville.

If Trump sweeps Tuesday’s contests, he’d still have to keep winning in order to clinch the nomination. But he would cross an important threshold by collecting more than 50 percent of the delegates awarded so far.

Trump’s closest competition has come from Texas Sen. Ted Cruz, who has defeated the businessman in seven states. He’s also the only remaining GOP candidate who still says unequivocally that he would support Trump if he becomes the nominee.

Among Democrats, Clinton has been itching to look ahead to the general election but continues to face persistent competition from Bernie Sanders. While Clinton maintains a commanding lead in the delegate count, Sanders breathed new life into his campaign with a surprising victory last week in Michigan.

Reprising a theme that helped propel that Michigan win, Sanders on Monday pounded Clinton’s past support for trade deals such as the North American Free Trade Agreement. He’s escalated his criticism in recent days, hoping to undercut her edge among minorities and expand his advantage with white working-class voters.

Clinton’s team is attempting to tamp down expectations for Tuesday night, stressing that the race remains close in the Midwest, despite public polling showing her with a sizable lead. Still, she’s eying the general election and escalating her attacks on Trump, saying he’s “inciting mob violence.”

“I do hold him responsible,” she said in an interview with MSNBC. “He’s been building this incitement, he’s been leading crowds in jeering protesters.”

“We have the way forward to be able to start talking about not only unifying the Democratic Party but unifying our country,” she said during a stop in Chicago.

The campaign next shifts to the West, where Sanders’ advisers have suggested he could rattle off a win streak and begin cutting into Clinton’s delegate lead.