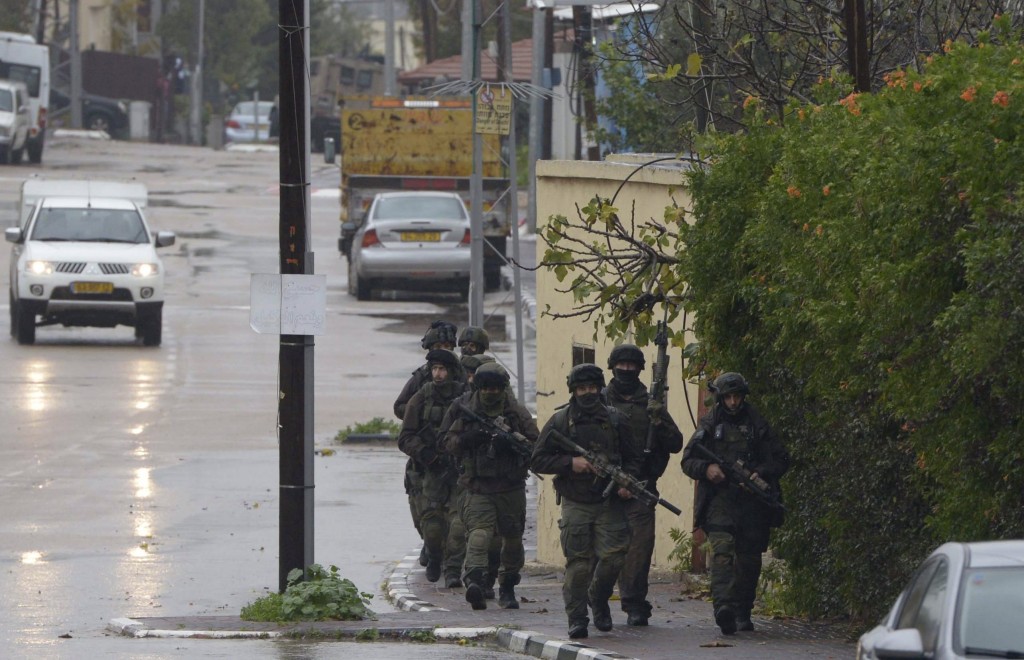 Police acted properly in their investigation and eventual capture of Nashat Melhem, the terrorist who killed three people in central Tel Aviv on January 1. According to the report of the police investigative unit that reviewed the actions of officers, it was the arrest of associates of Melhem that led police to uncover his hiding place and eventually kill him.

Melhem was found a week after he killed three people – two Israeli patrons at a café in central Tel Aviv, and an Israeli Arab cab driver in north Tel Aviv – and immediately, it was later discovered, escaped to his hometown of Arara. For days after the attack, police scoured northern Tel Aviv, ostensibly looking for Melhem – but Sunday’s police report states that police were actually looking for Arab workers in the area who may have helped the terrorist. Several people were arrested, the report said, and one person supplied vital information that led to Melhem’s arrest.

Shin Bet officials revealed on Motzoei Shabbos that it was clear to them that Melhem had returned to the Arara area and that they had kept up the pretense of searching for him in Tel Aviv in the hope that he would make a careless mistake that would allow them to target his exact whereabouts.

Officials noted that it appeared that “many” people – at least several dozen – had known that Melhem was in Arara, and provided him with hiding places, security, food, and other assistance to enable him to remain in hiding. Throughout the week, Arabs in Palestinian Authority-controlled areas celebrated Melhem’s successful evasion of police, calling him a “martyr” and “hero.”

Security forces combed the country for a week, looking for clues that would indicate where Melhem had escaped to after his shooting rampage in Tel Aviv, but according to sources it was a mistake by one of his accomplices – who made a call using a cellphone that belonged to the murdered cab driver – that tipped off security forces as to his whereabouts.