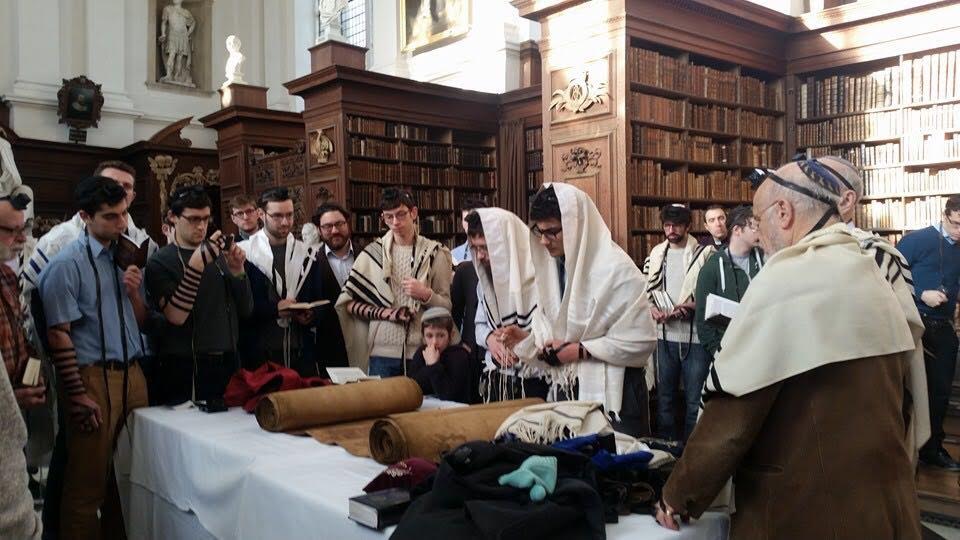 When Rabbi Yisrael Malkiel, the Jewish University Chaplain at Cambridge University, took his father, who was visiting from Israel, to see some manuscripts at Trinity College’s Wren Library about 18 months ago, the pair discovered far more than they had expected.

The 1926 Catalogue of Hebrew Manuscripts contained a listing of a sefer Torah, which the Malkiels asked to see. The library staff obligingly spent half a morning searching for it in the basement of the library, as apparently no one had asked for it since the catalogue was compiled.

Rabbi Malkiel described the sefer Torah as being in “outstanding condition and of amazing quality, with beautiful parchment and writing.” He told Hamodia, “I was particularly struck by the characteristics of some of the letters’ shapes and their tagin. These preserve the ancient scribal traditions described by Rambam and also in other medieval sefarim. This has not been practiced in the last few centuries.”

Rabbi Malkiel asked the library if it would be possible for a minyan to daven Shacharis there one day and use the sefer Torah for the leining. The library staff were very enthusiastic about the idea and made every effort to facilitate this. So, on Monday morning, a group of Cambridge students and academics visited the library and davened there, with a student from the Adeni kehillah in Stamford Hill leining from the ancient sefer Torah.

The sefer was bequeathed to Trinity College, together with other Hebrew manuscripts and some early printed books, by its former Vice Master, William Aldis Wright, who was an eminent scholar of Hebrew. Rabbi Malkiel is currently trying to find out more information about his acquisition of this fascinating sefer Torah. In the meantime, it was a memorable and exciting experience for all those present.