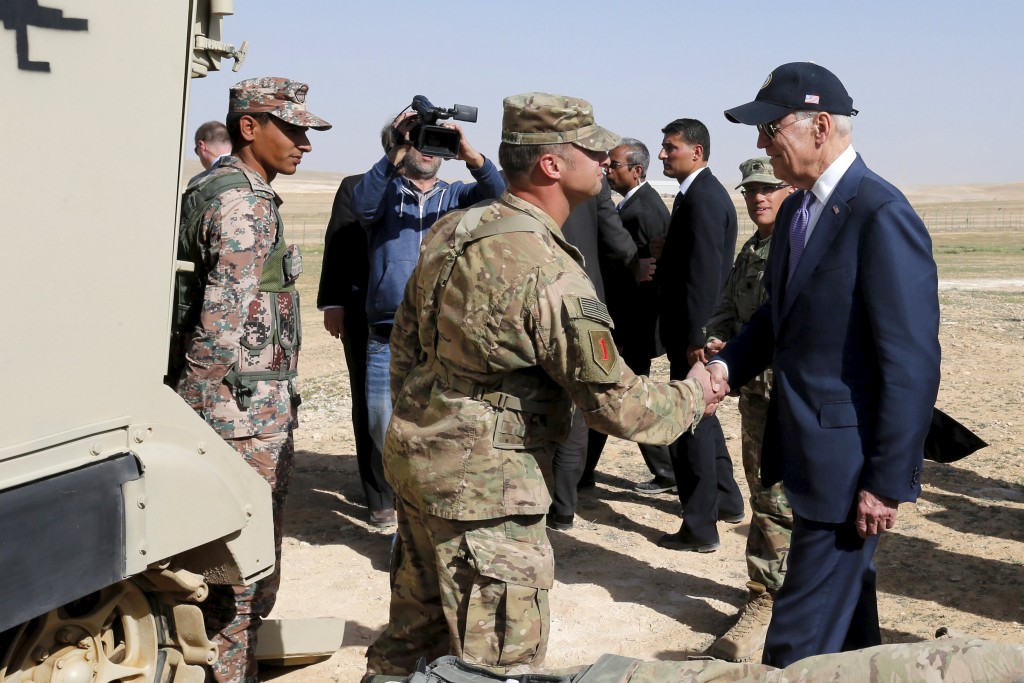 Vice President Joe Biden on Thursday told U.S. troops who are training the Jordanian military that Islamic State terrorists are “already on their heels” but defeating them will take a long time.

The vice president arrived in Jordan earlier Thursday. In the capital of Amman, he met with King Abdullah II, a key Western military ally.

Washington has scaled up military aid to Jordan in recent months in line with the kingdom’s central role in the fight against IS, which controls large areas of neighboring Syria and Iraq.

After lunch, the vice president and the king flew by helicopter to the Joint Training Center, a military compound near the town of Zarqa.

They viewed a flyover that included two F-16s and eight helicopters, among them Blackhawks and Cobras. Biden then addressed U.S. troops at a separate event in a mess hall in the compound.

“We are going to defeat ISIL,” Biden told the soldiers, referring to the group by one of its acronyms.

As part of the deepening military cooperation, the U.S. last week gave Jordan eight Blackhawk helicopters to help boost border protection. An additional eight Blackhawks are in the pipeline.

Jordan is Biden’s last stop on a Mideast swing that also included the United Arab Emirates, Israel and the Palestinian territories.