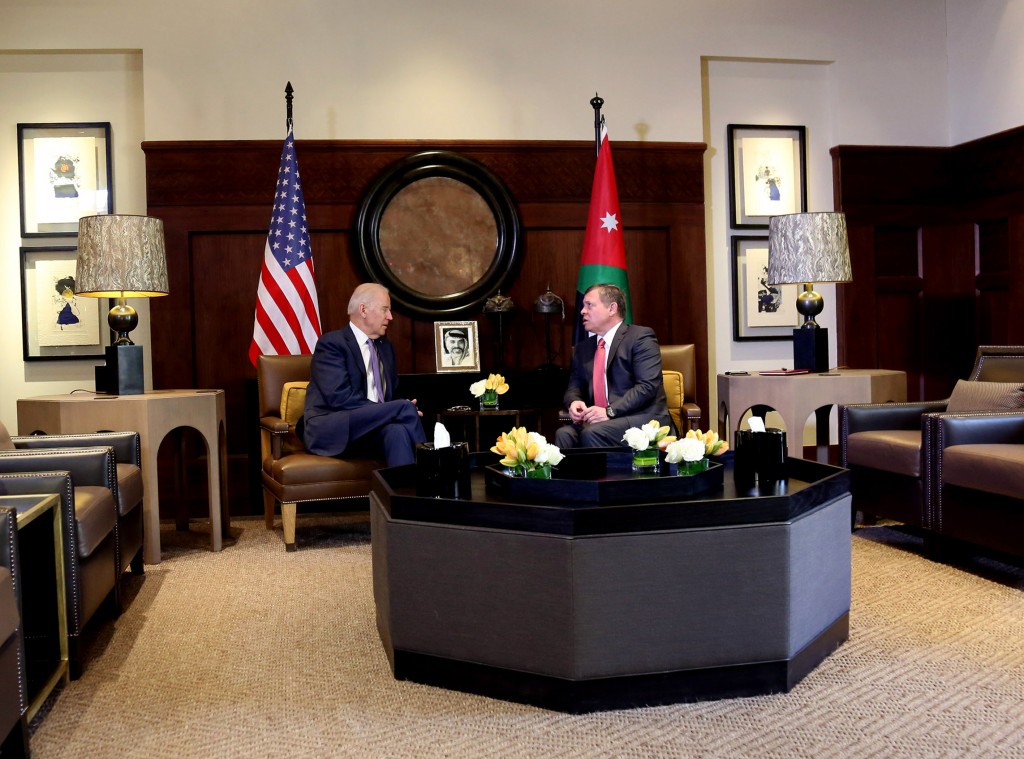 Jordan is Biden’s last stop on a Mideast swing that also included the United Arab Emirates, Israel and the Palestinian territories.

The vice president and the Jordan monarch met Thursday morning at the Husseiniya Palace in the Jordanian capital of Amman. Later, the two attended a troop drill at a training center for Jordanian troops.

Jordan is a key member of a U.S.-led military coalition against IS, which controls large areas of Syria and Iraq. Both countries neighbor Jordan.