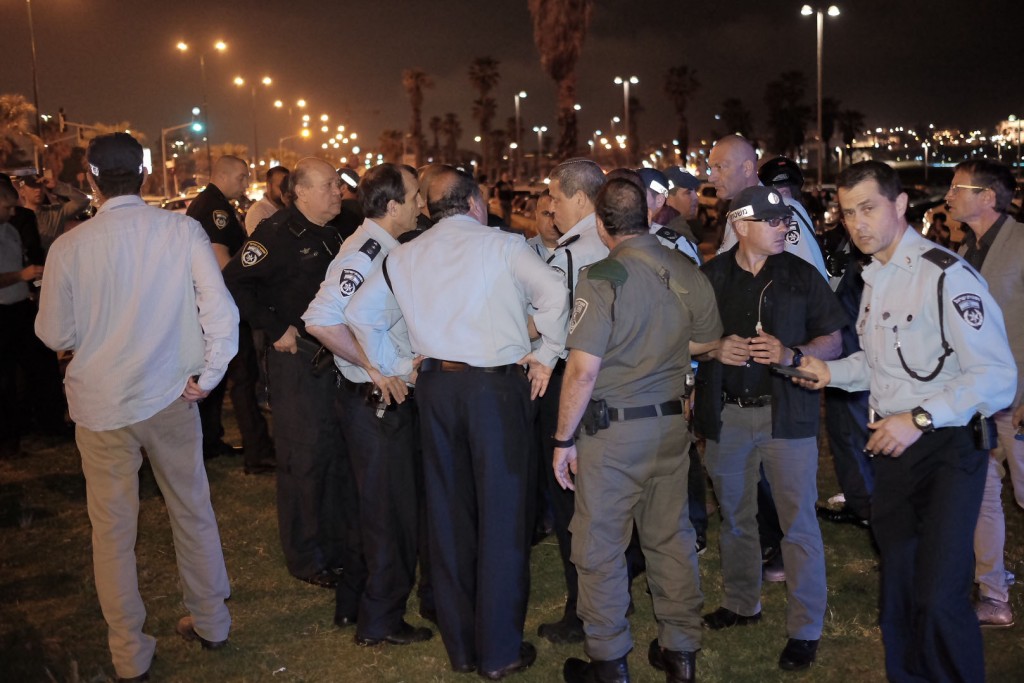 At a security cabinet meeting Tuesday night, Prime Minister Binyamin Netanyahu and senior officials announced a series of responses to Tuesday’s terror spree. Among the operative decisions: A cut in the number of work permits to be issued to Palestinians, and a reinforcement of the security fence, especially in the Yerushalayim and southern Chevron Hills areas.

One person was killed and over a dozen injured in the terror attacks that hit Tel Aviv, Yerushalayim, and Petach Tikvah Tuesday. Within the space of three hours, an Arab terrorist opened fire on Israeli police officers on Salah a-Din Street outside the Old City of Jerusalem, a 17-year-old Arab stabbed an Israeli at the open-air market in Petach Tikvah, and an Arab went on a stabbing spree along the boardwalk in southern Tel Aviv, killing an American tourist and injuring ten people before he was eliminated at the Jaffa Port. The deceased was identified as Taylor Force, a U.S. citizen, who was a student at the Owen Graduate School of Management at Vanderbilt University in Tennessee. He was on an Owen school trip to Tel Aviv.

In addition to the three attacks Tuesday afternoon, there were two other terror attacks prevented Tuesday morning by alert security officers. Earlier, IDF soldiers prevented a terror attack outside the Damascus Gate in Jerusalem Tuesday morning. The soldiers shot and killed a female terrorist who was brandishing a knife. No Israelis were injured in the incident. A short while later, Border Guards and police successfully quelled a major Arab riot in the Kalandiya refugee camp Tuesday, after an Arab was arrested and taken into custody at the checkpoint leading to the neighborhood. The Arab was found to be carrying a large knife. After the arrest, rumors began to spread that the terrorist had been killed, setting off a riot.

The terrorists in the Petach Tikvah and Tel Aviv attacks were both Arabs from Shomron – the former from Salfit, in central Shomron, and the latter from the Kalkilya area – and both were in Israel illegally, having snuck into the country by subterfuge, possibly by breaching the security fence, officials said. The government also intends to substantially increase the penalties and criminal sanctions against Israelis who help smuggle illegal Arabs into the country, Israel Radio reported.

A police spokesperson quoted on Channel Two, attributed Tuesday’s terror wave to the visit of U.S. Vice-President Joe Biden, whom terrorists were apparently trying to “impress.” Police urged Israelis to remain alert and to immediately report anything that seems out of place, or to call if they suspect that they have spotted an illegal Arab. “No one should feel that they are wasting the police’s time,” the spokesperson said. “We need the vigilance of citizens in order to help keep all Israelis safe.”