Business Stocks Pull Back, Breaking a Winning Streak for the S&P 500
Business 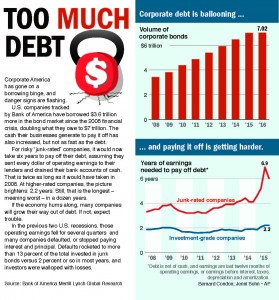 Stocks fell broadly on Tuesday as investors around the world fled risky bets on worrisome trade data out of China and a slump in the price of crude oil.

Investors dumped stocks from the start of trading, then picked up their selling near the close. Seven of the 10 industry sectors of the Standard and Poor’s 500 dropped, putting an end to a five-day winning streak for that index. Treasury bonds rose sharply as investors sought safety.

A report overnight from China showing that exports and imports had dropped last month helped revive fears that a slowdown in China could hurt the slowly strengthening U.S. economy.

“Where is the global growth going to come from?” asked Mizuho Securities Chief Economist Steven Ricchiuto. “There is no acceleration in growth.”

After dropping sharply earlier this year, U.S. stocks have been generally climbing as data on hiring, construction spending and manufacturing suggested the U.S. might be able to buck a slowdown abroad. The S&P 500 is up 10 percent from mid-February.

But Chief Investment Officer Bill Stone of PNC Asset Management Group said investors have been worried that the climb was not sustainable given trouble overseas, and the drop in oil and Chinese trade data pushed many of them to sell.

“We’re overbought,” Stone said. “People are taking some profits off of the larger run-up from the low.”

Investors are looking ahead to a policy announcement from the European Central Bank on Thursday. Further stimulus moves are expected, but its unprecedented program of buying bonds and driving interest rates into negative territory has had mixed results so far.

Among U.S. stocks making big moves on Tuesday, hamburger chain Shake Shack plunged $5, or 12 percent, to $37.23 after delivering quarterly results and an outlook that disappointed investors.

Yields on U.S. government bonds, which move in the opposite direction of prices, fell sharply. The yield on the 10-year Treasury note fell to 1.82 percent from 1.91 percent late Monday.