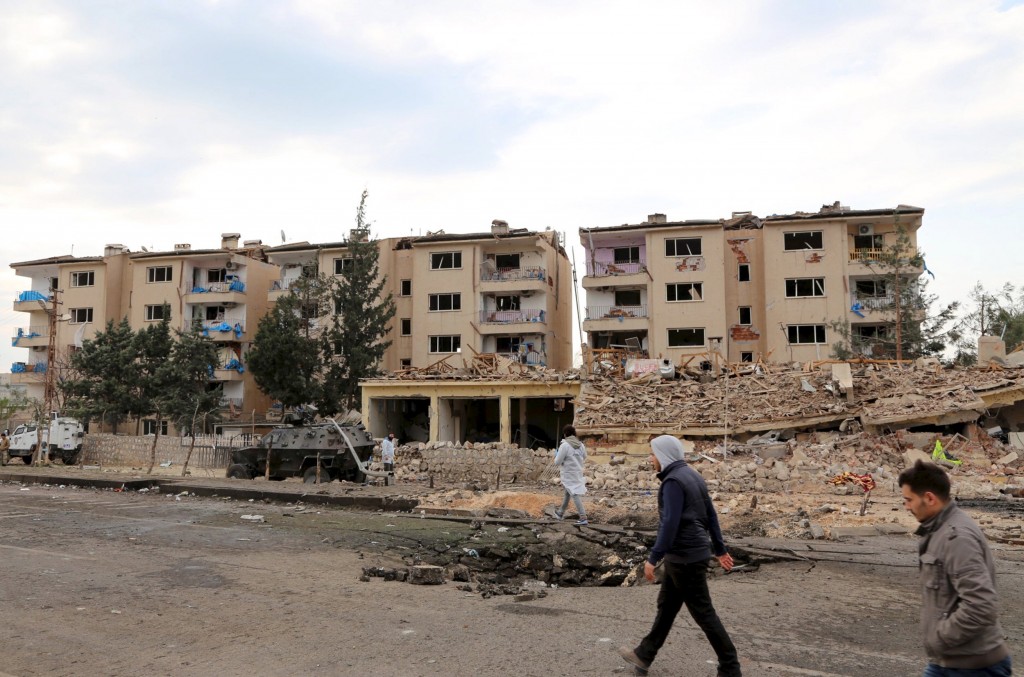 The United States has nearly finished setting up an air base in Kurdish-controlled northern Syria and was proceeding with the construction of a second base for dual military and civilian use, a Kurdish site said on Sunday.

A spokesman for U.S. Central Command (CENTCOM) said, however, the United States was not taking control of any airfields in Syria.

The Erbil-based news site BasNews, quoting a military source in the Kurdish-backed Syria Democratic Forces (SDF), said most of the work on a runway in the oil town of Rmeilan in Hasaka was complete while a new air base southeast of Kobani, straddling the Turkish border, was being constructed.

The source in the U.S.-backed alliance that also includes Arab armed groups told the news portal that scores of U.S. experts and technicians were involved in the project.

Syrian Kurdish officials had recently said the Rmeilan airstrip was being used by U.S. military helicopters for logistics and deliveries.

The United States sent dozens of special operations troops to northern Syria last year to advise opposition forces in their fight against the Islamic State terror group. They have also dropped supply munitions to rebels in the province.

A CENTCOM spokesman said that any suggestion U.S. forces were in control of any airfields in Syria was incorrect.

“Our location and troop strength remains small and in keeping with what has been previously briefed by defense officials,” he said in a statement. “That being said, U.S. forces in Syria are consistently looking for ways to increase efficiency for logistics and personnel recovery support.”

Last month, U.S. advisors backed by coalition air strikes assisted Kurdish-led Syrian rebels in encircling and capturing the strategic Syrian town of Shadadi from Islamic State but were away from the frontlines, U.S. officials said.

The Syrian Kurds have established control over wide areas of northern Syria since the country erupted in civil war in 2011, and their YPG militia has become a major partner in the U.S.-led coalition against Islamic State.

U.S. military ties with the Syrian Kurds have grown deeper despite the concerns of NATO ally Turkey, which views the Syrian Kurdish PYD party as a terrorist group because of its links to the PKK, which is waging an insurgency in Turkey.

The special U.S. presidential envoy to the coalition against Islamic State, Brett McGurk, visited Kurdish-controlled northern Syria several weeks ago in what appeared to be the first declared trip to Syrian territory by an Obama administration official in three years.

McGurk said on Saturday in Baghdad the coalition was stepping up pressure on Islamic State and that the terroritsts were losing ground in both Syria and Iraq.