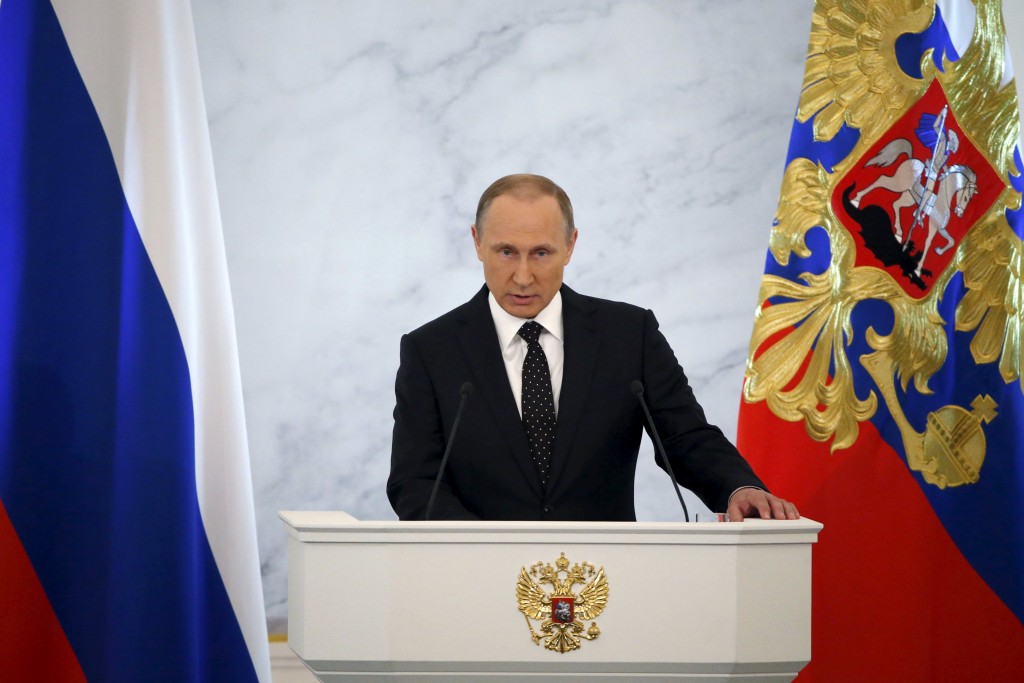 Public support for Vladimir Putin to serve another term as president has hit its highest level in four years, a survey by a state-run pollster showed on Thursday.

Seventy-four percent of Russians would vote to reelect Putin as president, according to a poll by VTsIOM.

Putin dominates state media in Russia and is widely expected to contest the next presidential election in 2018. If he won, it would be his fourth term as president.

He has capitalized on conflicts in Ukraine and Syria to boost his popularity and his message that Russia is again a force to be reckoned with on the world stage has gone down well with voters.

VTsIOM said Putin’s approval ratings had risen among many social groups, including young people. It also showed his support levels had risen sharply in recent years; in 2012 in the same polling series only 40 percent of Russians said they would vote for the Russian leader.

“Even among those who think the president has not yet fulfilled many of his pre-election promises, 70 percent are willing to support Putin,” VTsIOM said in a statement published on its site.

An independent Russian pollster, the Levada Center, gives Putin similar ratings. Liberal opposition politicians say the figures are unfairly boosted by the fact that state media, where most Russians get their news, affords Putin blanket and favorable coverage while largely ignoring them.

Should Putin win the 2018 election, he would have the right to serve until 2024. By that stage he would be over 70 years old and come up against a constitutional limit barring him from serving more than two consecutive terms.

After his first two terms as president, Putin in 2008 made way for his protégé Dmitry Medvedev to serve as president before returning to the Kremlin himself in 2012.