Trump Owns the Day, But Cruz and Rubio See Glimmers of Hope

By Robert Costa and Philip Rucker 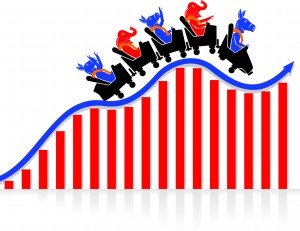 Donald Trump rode a powerful tide of voter fury to victories across the country on Tuesday, ending the campaign season’s most momentous day of balloting as the unrivaled favorite for the Republican presidential nomination.

Tuesday’s results exposed some vulnerabilities for Trump: He lost late-deciding voters in many states by wide margins to rival Marco Rubio, a sign that the senator from Florida may have had some impact with his withering assault on Trump’s character. Ohio Gov. John Kasich also came close to beating Trump in Vermont.

In Virginia – one of the biggest of the 11 states holding primaries or caucuses and a critical general-election battleground – Trump’s win was also narrower than the latest polls had indicated. Rubio nearly pulled off an upset, though his boost from more highly educated voters in the suburbs of Northern Virginia and Richmond was not enough to offset Trump’s command of Southwest Virginia and rural areas.

Cruz’s twin victories breathed new life into his beleaguered campaign after a string of defeats forced him to mount an impassioned last stand in Texas. Meanwhile, Rubio won Minnesota’s caucuses, giving him his first victory of the campaign.

Still, Trump was dominant. On top of Virginia, he won decisively in Alabama, Arkansas, Georgia, Massachusetts and Tennessee. With each victory, he solidified a robust and ideologically diverse coalition of working- and middle-class Americans behind his rebellious call to overthrow the nation’s political order.

Trump claimed victory by holding a news conference in the opulent gold-and-white ballroom at Mar-a-Lago, the lavish wonderland he owns in tony Palm Beach, Florida.

Speaking in uncharacteristically measured tones beneath giant crystal chandeliers, Trump tried to assume the mantle of presumptive nominee. He sought to convince party insiders that he could win a general election against Democrat Hillary Clinton, labeling himself as a “common-sense conservative” and portraying her as a relic of Washington.

“We have expanded the Republican Party,” Trump said, citing the new voters he has drawn to the polls. He added: “I am a unifier. I would love to the see the Republican Party and everybody get together and unify. And when we unify, there’s nobody – nobody – that’s going to beat us.”

On a day when 595 GOP convention delegates were at stake, the staggering scope of Trump’s finish gave the other candidates a narrow path ahead. Trump showed tenacity and his base stuck with him, despite caustic attacks leveled against him by both Rubio and Cruz, as well as outside super PACs.

As Republican Party leaders adjust to the sudden likelihood of Trump becoming their standard-bearer, the race heads quickly into a succession of showdowns.

Trump’s deepest disappointment on Tuesday came in Texas, where he had salivated at the chance of toppling Cruz.

Cruz sounded triumphant as he addressed supporters at the Redneck Country Club outside of Houston, a colorful venue where a chandelier made out of beer bottles hung and a chair with legs made out of guns was parked at one of the bars. He sought to frame the race going forward as one between only him and Trump.

“So long as the field remains divided, Donald Trump’s path to the nomination remains more likely, and that would be a disaster for Republicans, for conservatives and for the nation,” Cruz said. “After tonight, we have seen that our campaign is the only campaign that has beaten, that can beat and that will beat Donald Trump.”

Tuesday’s results were humbling for Rubio, who came away with one gold and a bushel of silver and bronze medals. Although he has won only a single state, he argues that the delegates he has been accumulating will sustain his candidacy perhaps through the party’s nominating convention in July.

Rubio rallied supporters Tuesday night in his home town of Miami, where he kick-started an urgent bid to win Florida’s primary on March 15. He vowed to battle as long and as hard as it takes to deny Trump the nomination, and he said his recent blitz against Trump was persuasive with late-deciding voters.

Rubio spoke from a sentimental location – a city park where he played football as a child 10 minutes from his working-class West Miami neighborhood – and predicted a Florida victory two weeks from now.

“We are going to send a message that the party of Lincoln and Reagan – and the presidency of the United States – will never be held by a con artist,” Rubio said.

Kasich, whose upbeat and moderate pitch has been drowned out by his clashing competitors, finished far behind others in most states. But he wound up just a few percentage points behind Trump in Vermont, where he had campaigned in recent days.

“Tonight I can say we have absolutely exceeded expectations,” said Kasich, who will turn his attention to upcoming Rust Belt primaries in Michigan and Ohio.

Ben Carson addressed supporters in Baltimore, where he gained fame as a neurosurgeon, and said he was determined to continue his campaign despite dismal performances in every primary and caucus so far.

“It is rotten, it is rotten to the core,” Carson said of the country’s political system. But he added: “I’m not ready to quit untangling it quite yet.”

Delegates in Tuesday’s contests were awarded proportionally and by congressional district, meaning despite his many wins, Trump shared delegates with the other candidates.

The next contests are on Saturday in Kansas, Kentucky, Louisiana and Maine, followed by Hawaii, Idaho, Michigan and Mississippi next Tuesday.

But the most consequential events will come on March 15, when party rules shift so that states begin awarding all of their delegates to the winner. Voters will cast ballots that day in five large states: Florida, Illinois, Missouri, North Carolina and Ohio. Florida and Ohio will be must-win showdowns for Rubio and Kasich, respectively, and the two candidates could be forced from the race if they lose their home states.

Trump won men by 10 percentage points but lost women to Rubio by five points. Trump’s strongest performance came among voters with only a high school diploma or with no diploma, 49 percent to Rubio’s 20 percent. Rubio won among those with college and postgraduate degrees. Trump also won evangelical voters handily, 37 percent to Rubio’s 28 percent and Cruz’s 19 percent.

Virginia voters who chose their candidates in the past week preferred Rubio, 39 percent to 19 percent for Trump, according to the exit polls. Similar patterns were evident in other states, suggesting that the late attacks by Rubio may have helped him cut into Trump’s polling lead.

Trump’s wins in other states were more commanding. In Georgia, he carried all major demographic and political groups, according to preliminary exit polls reported by CNN. His edge was bolstered by a large advantage among evangelical Christians, a group Cruz had been counting on for support.

In Texas and Oklahoma, however, voters who identify themselves as strong conservatives lifted Cruz to victory.