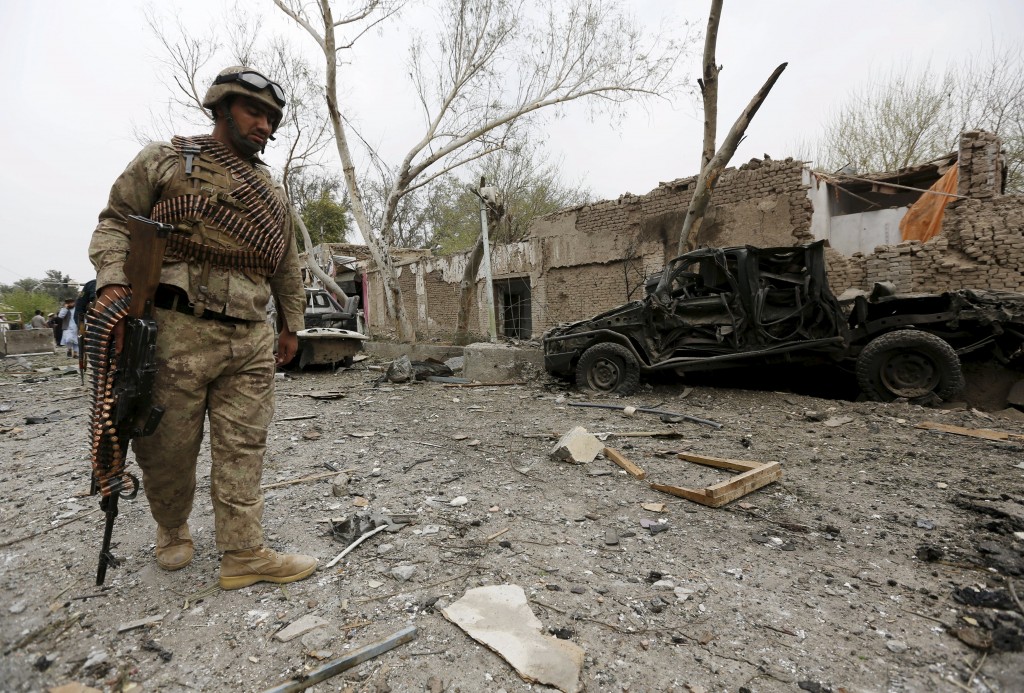 Afghan security forces on Wednesday killed four suicide bombers who targeted the Indian consulate in the eastern city of Jalalabad, following an attack in which at least two people were killed and 19 wounded, officials said.

The violence, coming just days after dozens of people were killed or wounded in suicide attacks in the capital, Kabul, and the eastern province of Kunar, raises further questions over efforts to revive a stalled peace process with the Taliban.

A bomb in a car driven by one of the terrorists was detonated near the Indian consulate, shattering doors and windows and destroying at least eight cars as explosions and gunfire rocked the area, witnesses said.

Security forces in armored vehicles were seen moving to the scene, while civilians fled.

But the four terrorists were killed before being able to enter the consulate compound, said Attahullah Khugyani, a spokesman for the governor of Nangarhar province.

“Their target was the Indian consulate, but our forces shot and killed them all before they reached their target,” he said.

Two people, a police officer and a civilian woman, were killed and 19 wounded, he said.

There was no immediate claim of responsibility for the attack, which followed a suicide attack on the nearby Pakistani consulate in January.

That attack was claimed by Islamic State, which has a growing presence in Nangarhar, the province of which Jalalabad is the capital.

In January, India’s consulate in the northern Afghan city of Mazar-i-Sharif was also attacked by terrorists.