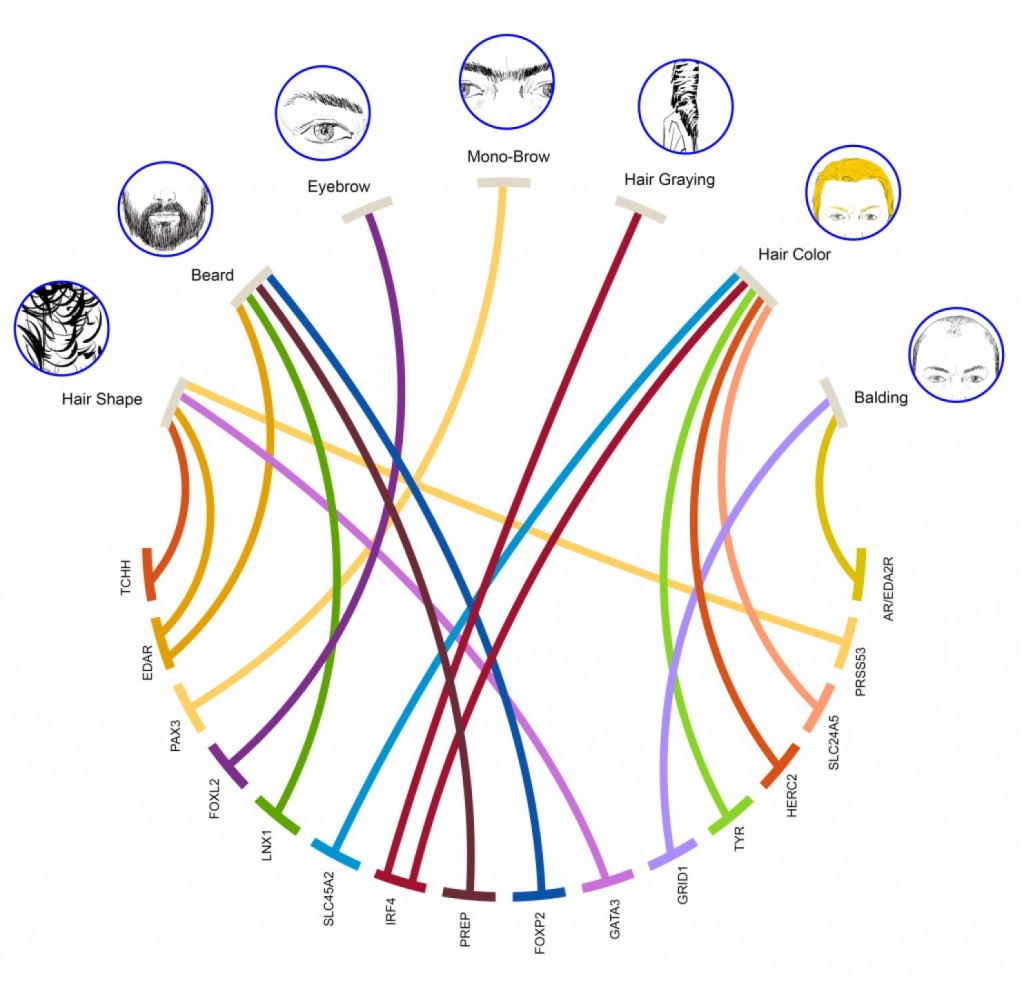 Scientists have found a whole host of genes associated with human hair growth — including, for the very first time, a gene they believe contributes to hair going gray.

“It was only possible because we analyzed a diverse melting pot of people, which hasn’t been done before on this scale,” study author Kaustubh Adhikari of University College London said in a statement. Adhikari and his colleagues sifted through the genetic data of over 6,300 men and women from across Latin America, covering a wide range of ethnic backgrounds. By taking note of their intrinsic hair traits and comparing them to their genomes, they were able to weed out which genes were often correlated to the same traits.

The gene IRF4, which was already known to influence hair color by helping to make and store melanin — the substance that gives our eyes, skin and hair their distinct shades — is now pinned to graying hair, too. Hair goes gray with age when pigment cells stop producing melanin. IRF4 does not cause gray hair, but its presence seems correlated with an earlier loss of hair color. That makes a lot of sense, since it was already associated with pale hair shades.

Many genes have already been identified as being associated with different hair colors, shapes, and thickness — after all, it’s not as if one gene can produce red or blonde hair on its own without fail. In the same way, future researchers will certainly find other genes that contribute to a tendency for gray hairs. But the new study has at least found one culprit for researchers to focus on, as well as painting a more complete picture of the genetic profiles behind other hair types.

For now, scientists don’t really know the mechanism by which these and other genes influence hair type. But if they can figure that out, they could theoretically design hair treatments that stopped those processes in their tracks. A pill could boost an enzyme here and cut one off there, copying or hindering the effects of certain genes in order to produce the desired physical result.

“Standard hair products are applied after your hair has been created, but targeting the hair as it is being produced could result in greater consistency of color or longer-lasting effects,” Adhikari told Nature News. Ooh-la-la.

But there are more serious applications, too.

“These findings have potential forensic and cosmetic applications as we increase our knowledge of how genes influence the way we look,” Adhikari explained in a statement. There’s more work to be done before forensic scientists can reasonably finger a perp based on hair-associated genes, but one day we might be able to build rough facial profiles based on DNA found at the scene.