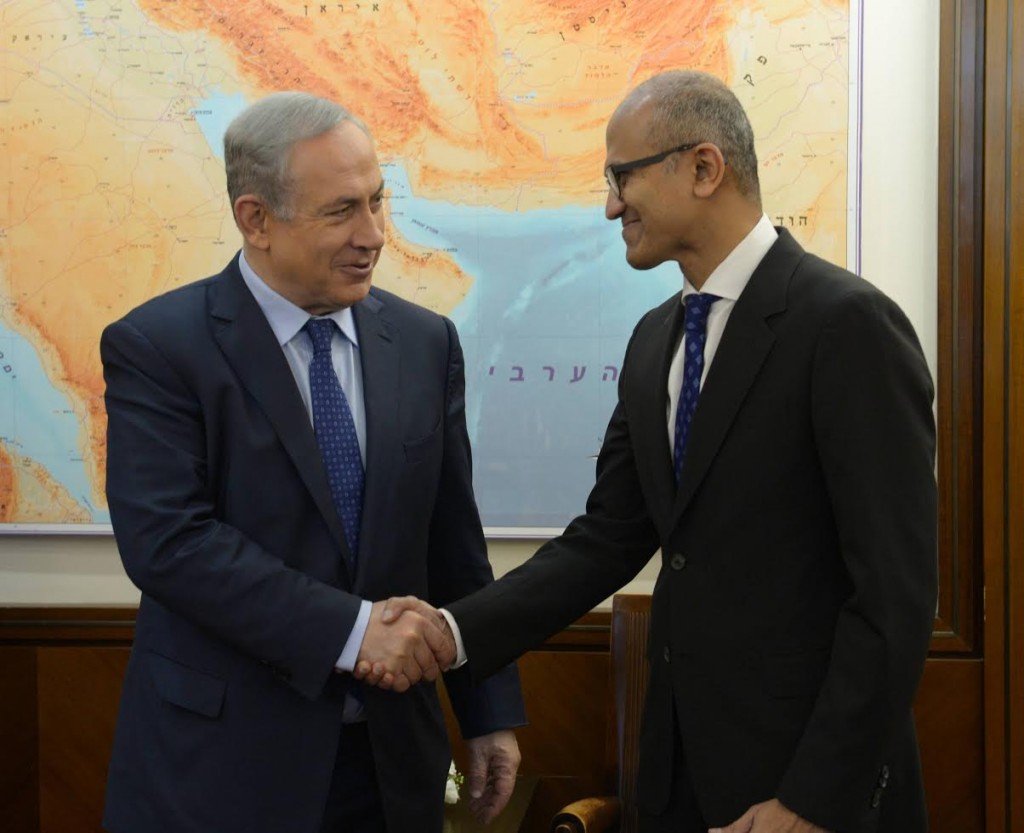 At their meeting, Netanyahu mentioned that Israel will implement as few restrictions as possible on cyber technology exports and said that the prosperity of the industry is very important for Israel. The two discussed the close cooperation between Israel and Microsoft and noted that the company’s development center in Israel is marking its 25th anniversary.

Microsoft CEO Nadella noted Microsoft’s commitment to Israel, its investments in the local market and its commitment to the continued growth of the high-tech and innovation industry in Israel which finds expression in assistance programs for start-ups, introducing advanced technologies to all sectors of the economy, promoting science and technology, and education in computers and mathematics.

Nadella replied, “Thank you so much, Prime Minister, and it’s a real pleasure to be in Israel, and as you said, the 25 years have been a fantastic 25 years, and we look forward to 25 more.”