Israel Hamas Official: Not Seeking a War Against Israel; Tunnels Are ‘Defensive’
Israel 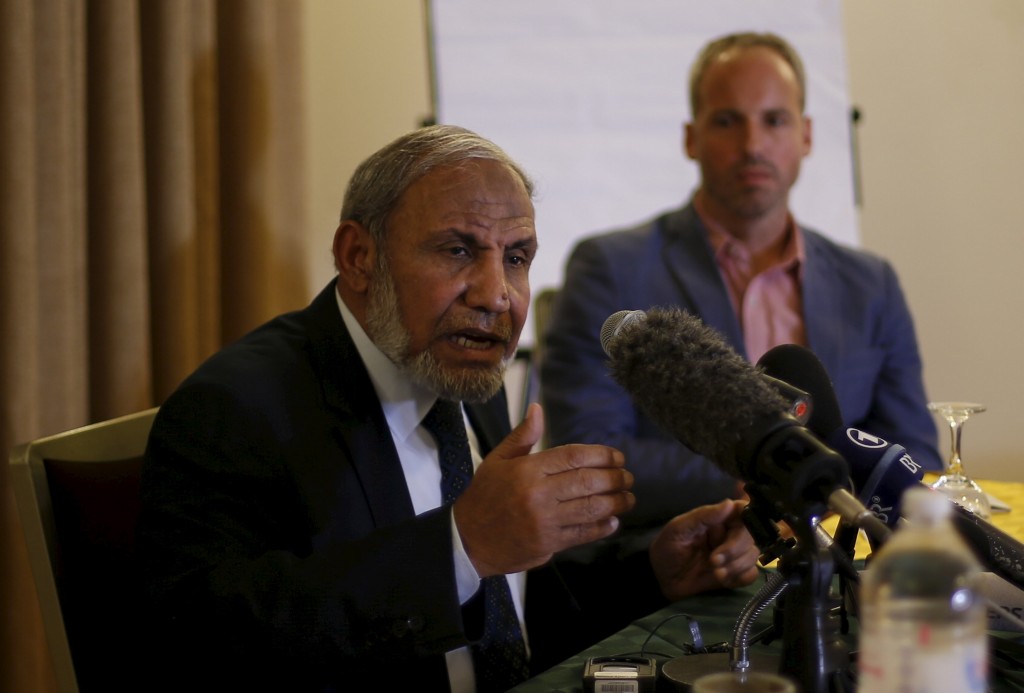 A senior leader of the Islamist terror group Hamas said the Palestinian movement was not seeking a new war against Israel and insisted that a network of tunnels it is digging, some of which have reached into Israel in the past, was merely “defensive.”

Speaking to members of the Foreign Press Association in Gaza, Mahmoud al-Zahar, a medical doctor seen by many as a hardliner, suggested the prospects of reconciliation with the rival Fatah party of Mahmoud Abbas were slim, despite years of international efforts to forge unity.

“I think nobody here in the region is looking for a war,” said Zahar, 71.

“We are not looking for any confrontation with Israel,” he told reporters late on Wednesday.

Hamas seized control of Gaza in 2007 after a brief civil war with Abbas’s forces. It maintains strict security over the coastal territory, where more than 1.9 million people live. Zahar is one of Hamas’s founders and one of its most senior figures in Gaza, regarded as close to the military wing.

The movement has, since its’ founding in 1987, advocated the destruction of Israel, seeing all of “Palestine,” from the Jordan River to the Mediterranean, as its land.

However, some of its leaders have indicated in recent years that they would accept a Palestinian state in Gaza, Yehudah and Shomron and East Yerushalayim, in return for a long-term truce.

Israel regards the truce idea as a ploy and will not negotiate with Hamas, which the EU and United States list as a terrorist group.

Asked why Hamas was building tunnels, Zahar said they were defensive and suggested they were nothing against the might of the Israeli military.

Hamas’s armed wing has lost 10 terrorists in recent weeks in tunnel collapses. In strongly worded speeches, the group’s leaders have pledged to pursue the tunnel building, prompting alarm in Israel, which has stepped up efforts to find the tunnels and stop them reaching its territory.

The heightened tension on both sides has fueled fears of another war, which would be the fifth since Hamas won Palestinian elections in 2006. The last war, in July-August 2014, cost 73 Israelis lives.

With an Israeli-Egyptian blockade on Gaza making it difficult for goods and people to move in and out of the territory, Hamas and Fatah have made efforts to reconcile their differences and form a functioning unity government.

Yet the latest round of discussions in the Qatar capital Doha has become bogged down, despite early signs of progress, and Zahar gave the impression that a deal was some way off.

He said Abbas and Fatah were not sincere about achieving reconciliation, a charge Fatah threw back. He also vowed that his group would never recognize the state of Israel, which Abbas and Fatah have done and want Hamas to do.

“They (Fatah) have no will to achieve an agreement. There is no intention,” he said.

As a result of the blockade, Hamas is heavily dependent on support from abroad, including Qatar, Saudi Arabia and Iran. While Saudi and Iran are at odds, Zahar said Hamas was not taking sides.

“We are looking to have good relations with everybody,” he said. “We will not play any factor or element in the internal or external confrontation between these countries.”