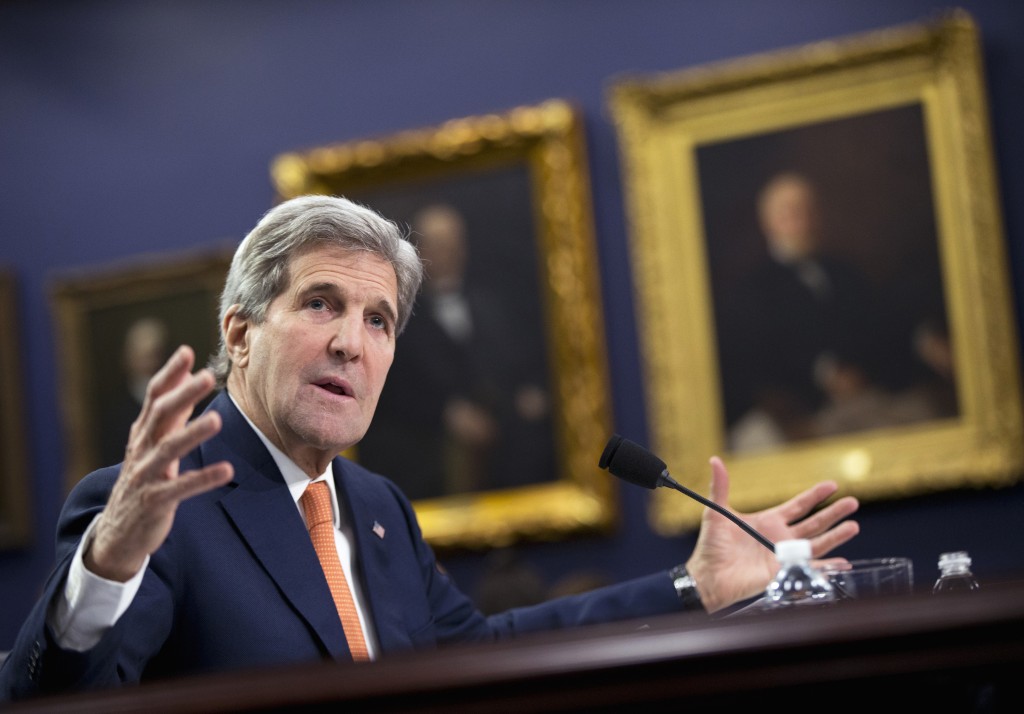 In testimony Wednesday before a Senate panel, Kerry said he’d prefer to wait and see how implementation of the landmark nuclear deal goes before making a decision on imposing additional measures to punish Tehran for belligerent behavior.

Lawmakers are considering legislation that would address Iran’s ballistic-missile tests, human-rights violations and a reauthorization of the Iran Sanctions Act. Republicans are especially incensed over Iran’s detention last month of U.S. sailors.

The longstanding Iran Sanctions Act will expire at the end of the year. Kerry says a reauthorization of the sanctions act could be quickly passed.

Sen. Lindsey Graham, R-S.C., the panel’s chairman, is one of several Republicans who support stricter sanctions.